The underlying motive for my work is to elevate the human spirit and therefore echoes through the ages multiplying the chance of lifting ever-increasing numbers of human spirits.

Most of my commissions are in the Architectural Art Glass (AAG) media and therefore part of a built environment. Light in all of its myriad behaviors, such as reflection, projection, focus is the major palette in these works.

To accomplish the work the first step is to listen. Following closely imagination, and inspiration are sought and employed, a concept is formed, and once agreed upon by those who commission me all possible resources are employed to achieve the highest level of outcome.

Flexibility and room for fine-tuning and optimizations are ongoing as the project(s) are open to directed metamorphosis until the execution reaches a point of no return. I actively seek inspiration to achieve the Good the True and the Beautiful. 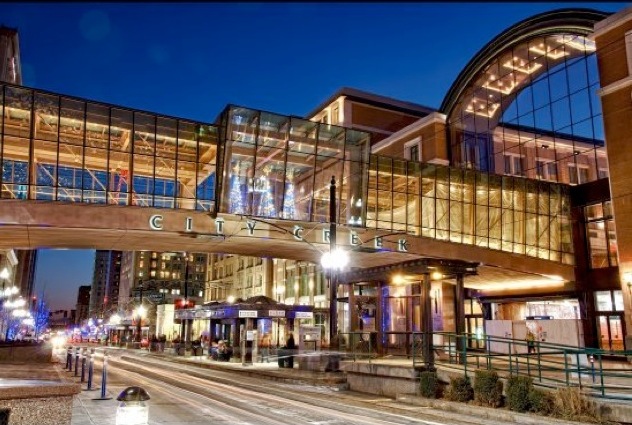 The 700,000-square-foot mall certainly gives off a Biblical air. According to its website, City Creek has two 18-foot waterfalls, fountains that shoot water and bursts of flame while playing synchronized music, a fully retractable glass roof (the first outside of Dubai) and a man-made recreation of the south fork of City Creek, the mountain stream where, in 1847, Mormon pioneer Brigham Young founded the settlement that would later become Salt Lake City. 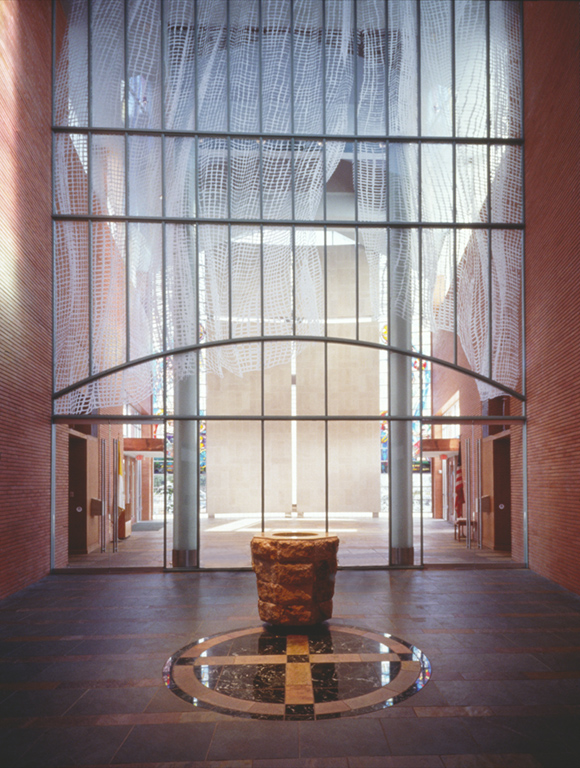 The architects wanted something “…subtle…veil like..” they said. Researching the story of the veil at Solomon’s temple guarding the Holy of Holies, flanked by two columns, Jachim and Boaz  “…veil like, why not The Veil itself. Etched on four superimposed surfaces of crystal white glass, the viewer experiences varying perspectives of the position of the layers caused by their own movement.  Each thread is true across the entire span and heights of the wall, and the glass is invisible.The fluted glass columns clad the supporting I-beams, each course carrying it’s own weight, an invention of  arts facilitator Jack Brogan, just for this project. The white etchings hold light, and become very colorful when shafts of light from stained glass windows above strike them. 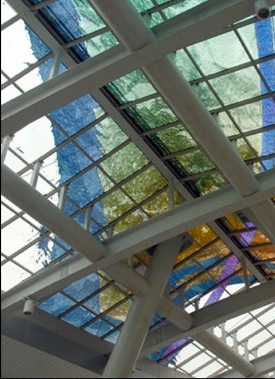 In Southern Taiwan they tore down a mountain to build the great city of Kaohsiung. In the process a rainforest was destroyed. The profile of the mountain had been permanently altered, half a cliff, but the rainforest was restored by the very people that had torn it down. The highway straddling elevated train station located at Half Cliff Mountain celebrates the beauty of the rainforest and the spirit of the people who brought it back to life. Forty feet above the concourses, Ron Wood created a glass canopy that has 6 foot leafs to echo the lowering forest canopy. All of the concourses and both of the entry/exits escalators, located on either side of the highway are enclosed in 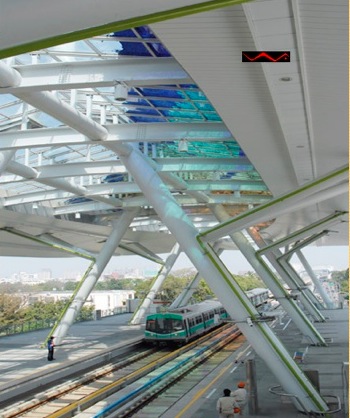 digitally manipulated photographs taken on site. The resulting images are printed directly on the glass and the glass is laminated, protecting the artwork. Curves sway the images on each side of the building in the direction of the trains motion, so we can see the wind. Hailed by China Times as the largest art glass project in the world, 18,000 square feet of glass artwork was quite an undertaking. 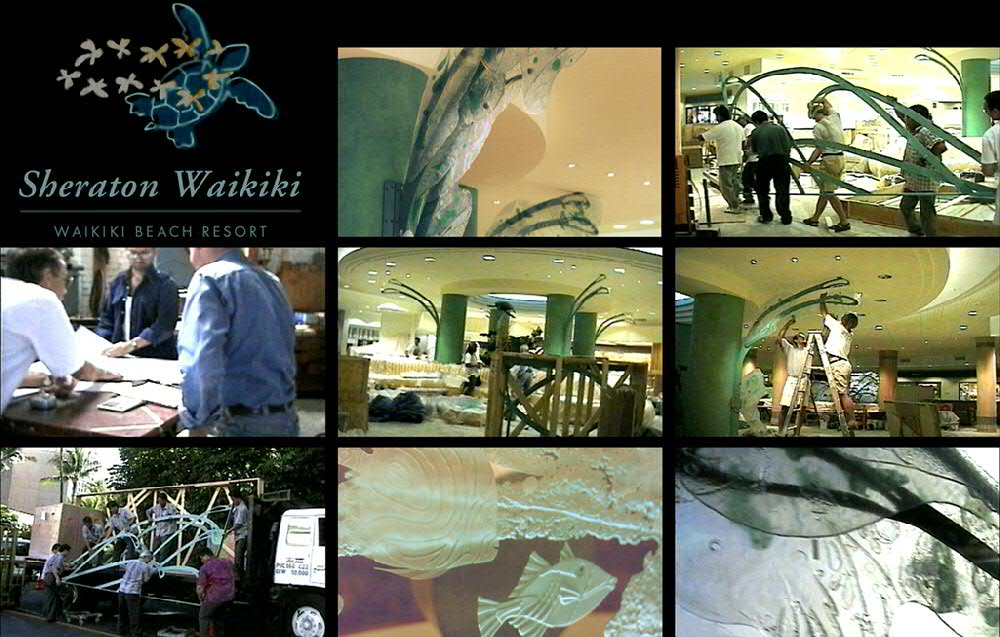 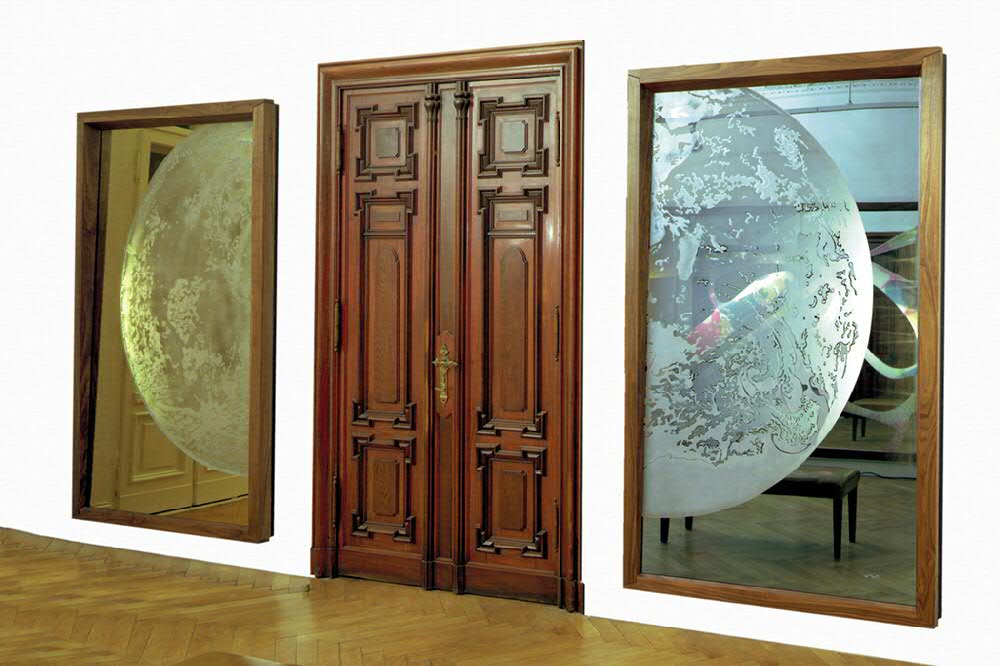 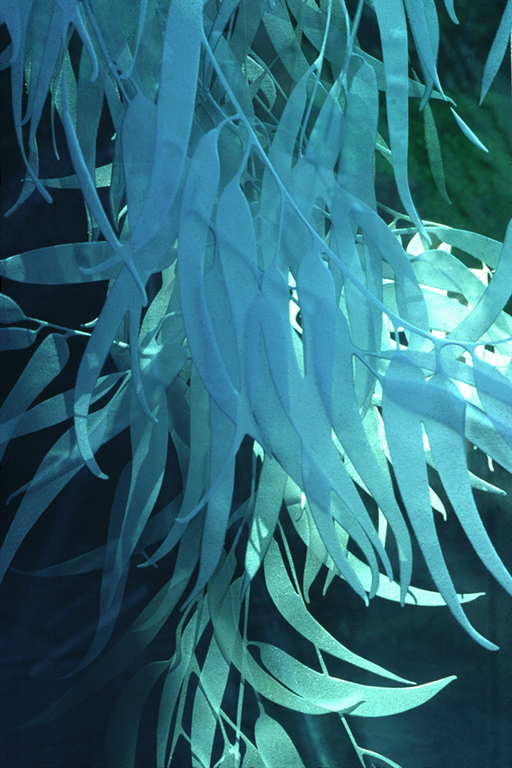 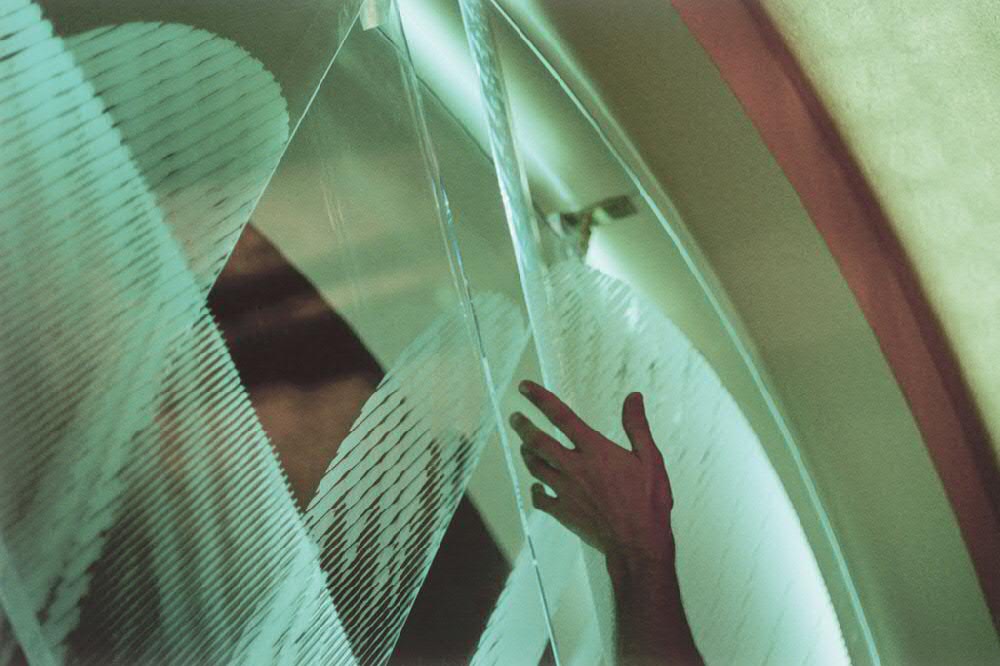 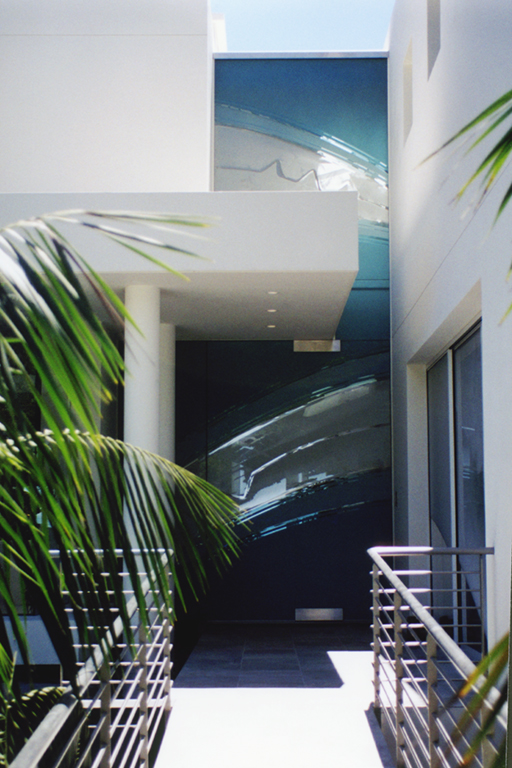 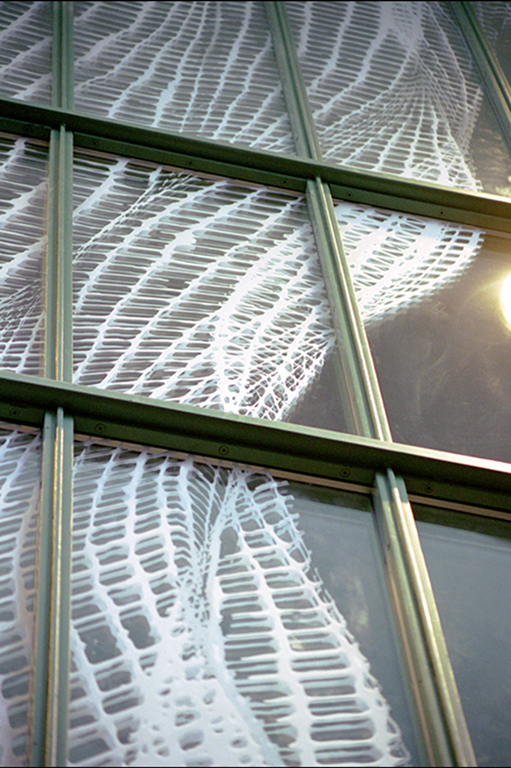 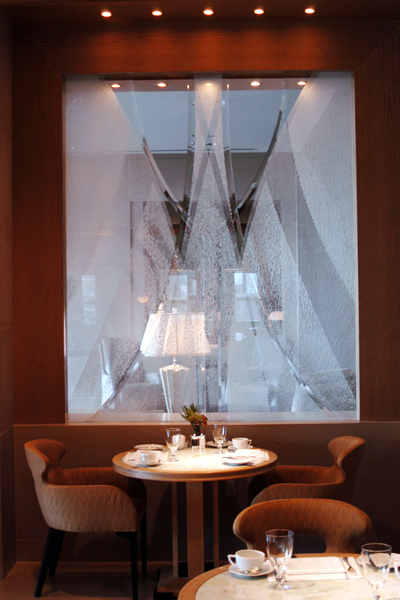