Internationally known artist, Ana Monaghan, has traveled 30 countries while being a volunteer worker, artist, journalist, and teacher. Her work is most known in Japan and in the Hawaiian Islands. She has held over 40 solo exhibitions and contributed to many group showings.

Among other awards, her art won the prize of Superior Excellence at the Tokyo Metropolitan Museum of Art: International Modern Art Exhibition. The Empress Michiko of Japan has 3 of the artist’s paintings, writing notes of appreciation. Norwegian Cruise Lines commissioned the artist to paint 16 murals and paintings for the Pride of Hawaii, renamed the Norwegian Jade, which now tours Mediterranean  seaports. The Grand Hyatt Tokyo commissioned Ana to do art projects for their company.

Some of the 16 murals commissioned by Norwegian Cruise Lines 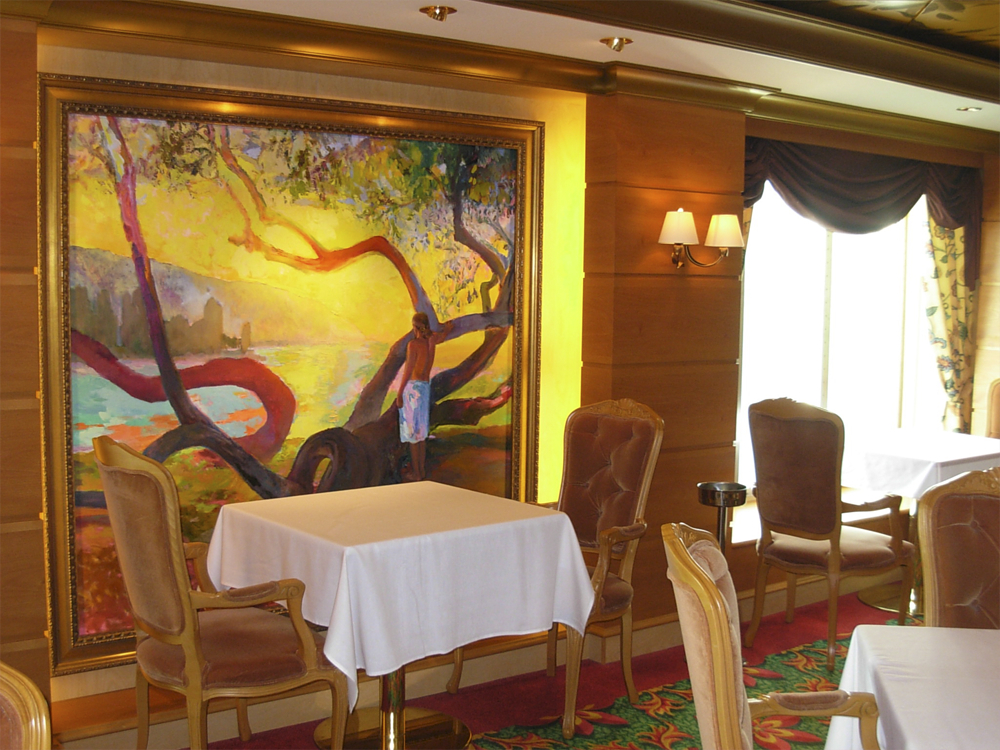 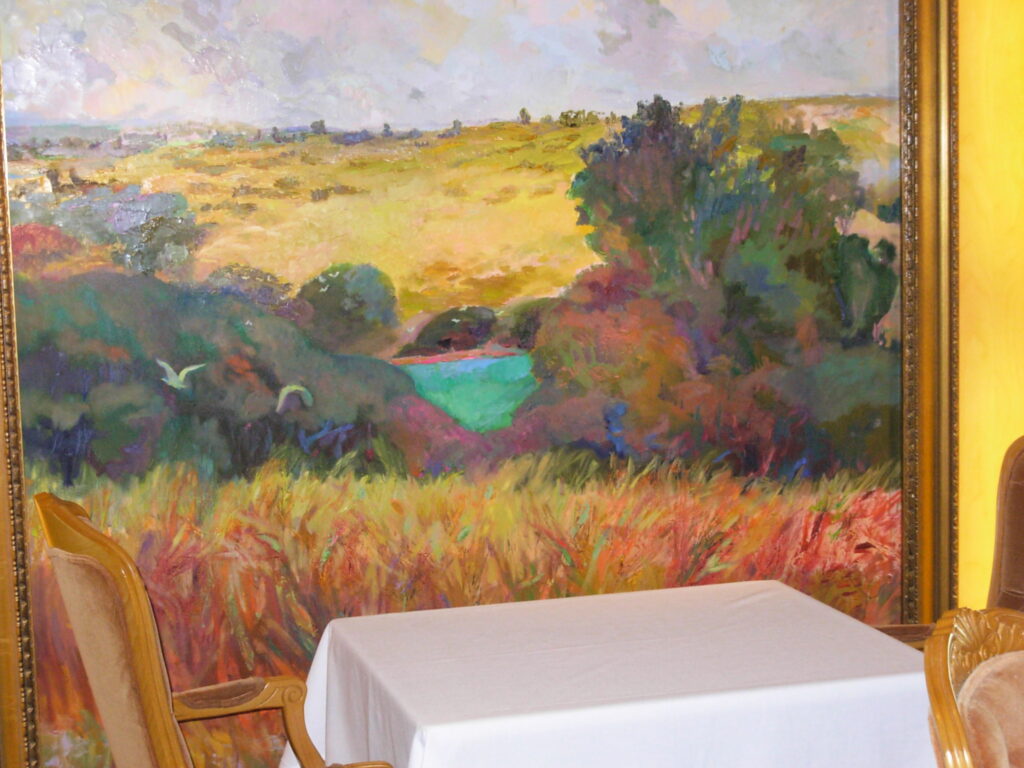 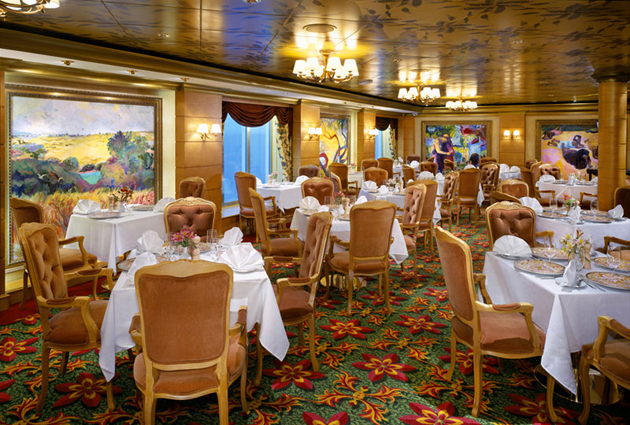 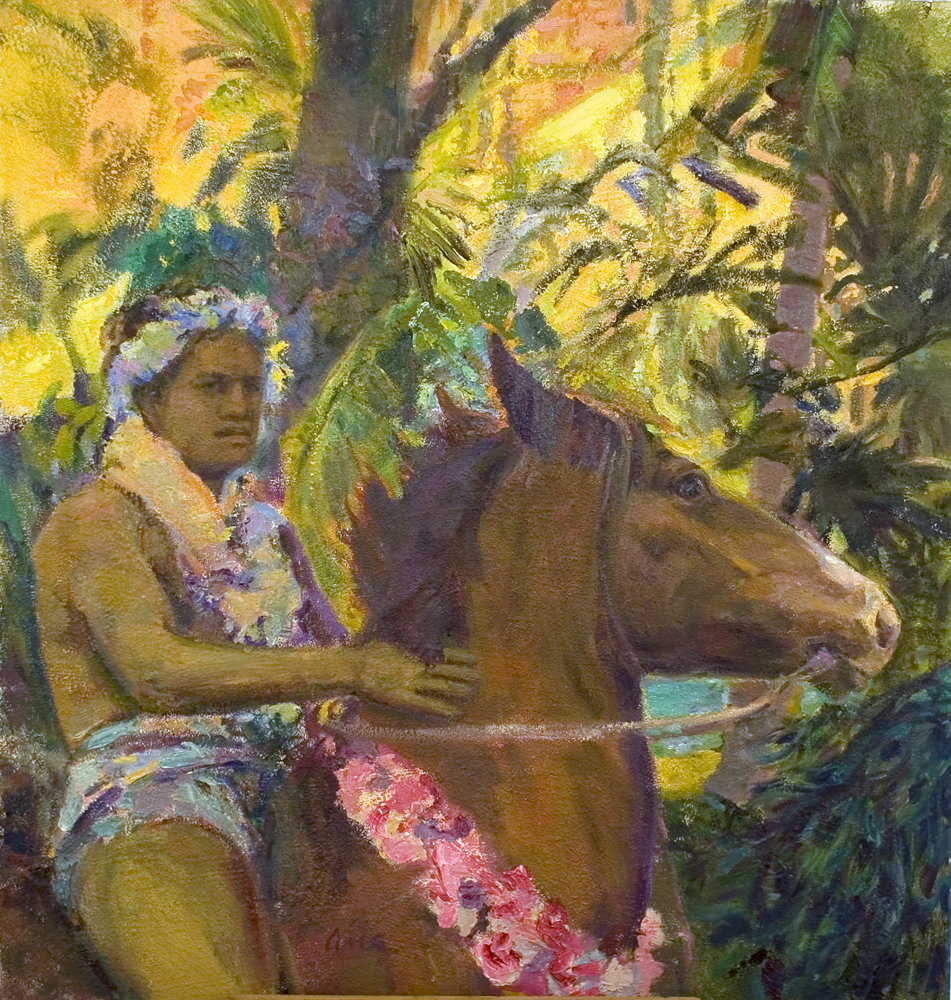 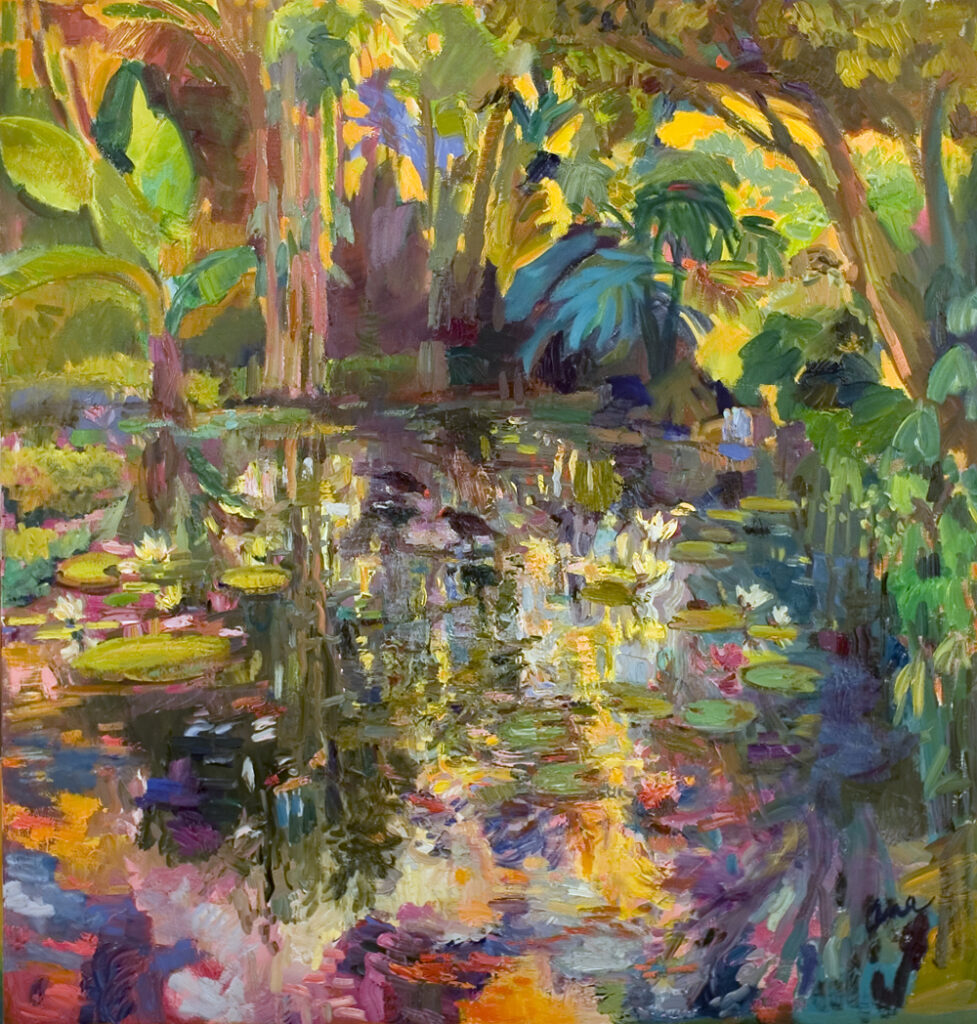 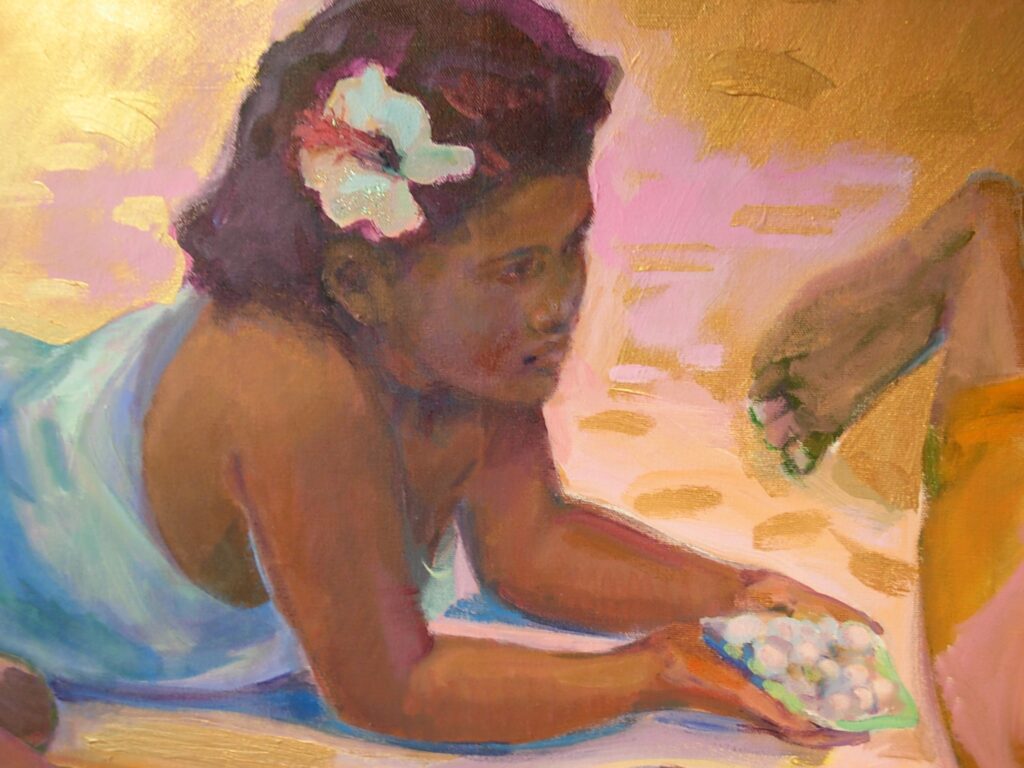 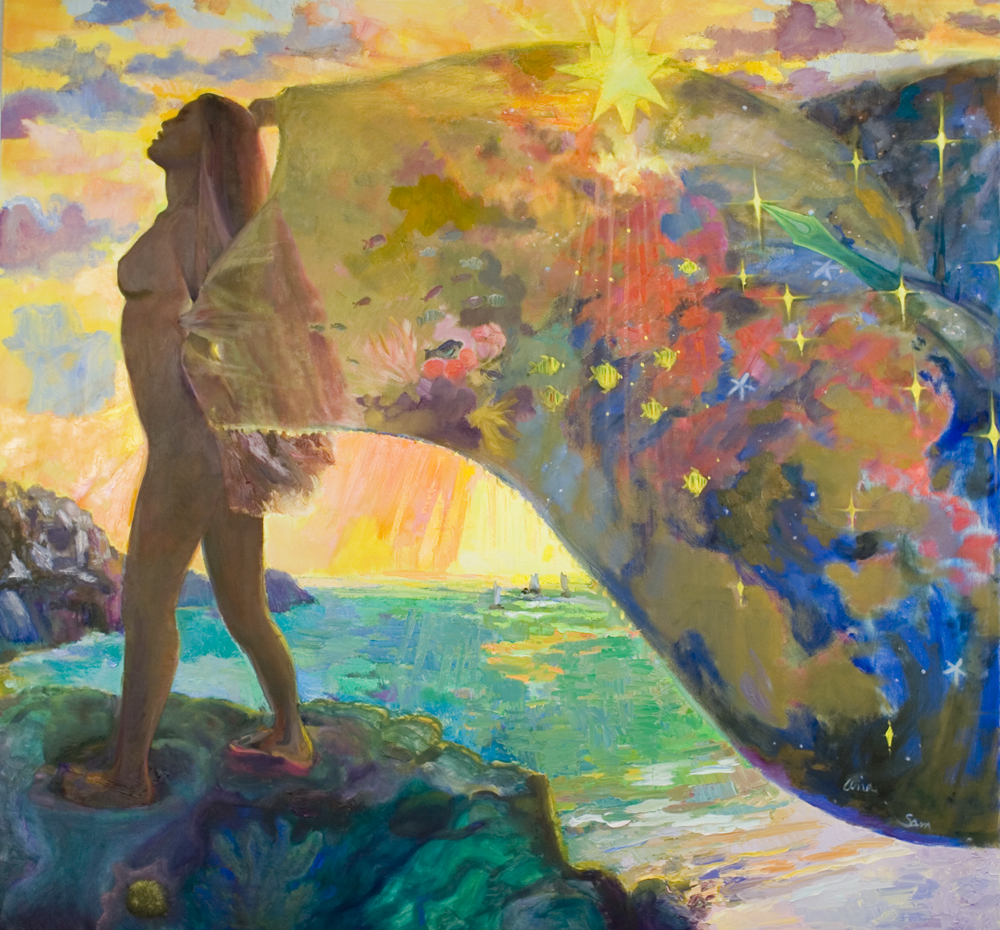