Although he insists on calling his work “paintings,” artist Andreas Nottebohm’s work on 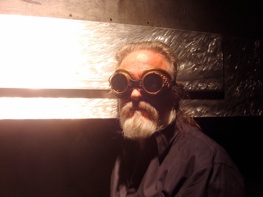 aluminum can just as well be described as “sculpture in a flat plane.” It is Nottebohm’s virtuosity in removing microscopic layers of what begins as a featureless metal expanse that transforms them into …what?  If not landscapes or space-scapes, then into a mesmeric portal into a domain of both boggling complexity and primal simplicity.

From 1965 to 1969, Andreas Nottebohm studied at the Academy of Fine Arts in Munich under Professor Marc Zimmermann. In  1968, he studied etching at Johnny Friedlaender’s workshop in Paris. From 1971 to 1974, 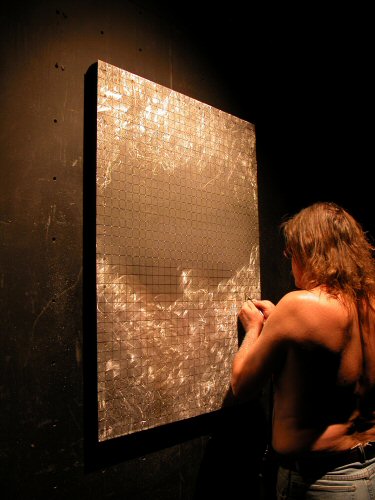 he studied lithography in Salzburg, Austria. Her returned to Munich in 1974, living there half the year and the other half in Mallorca, Spain until 1981.

In 1981, after traveling throughout the United States for six months, he chose to make the San Francisco Bay area his home.

He has had over one hundred one-man shows in Europe and the U.S. and his work has been shown in museums and galleries around the world. 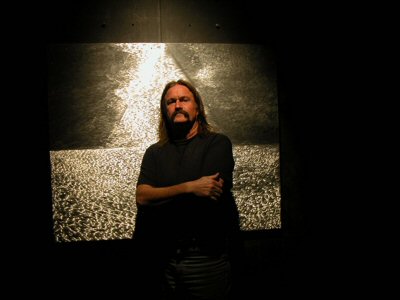 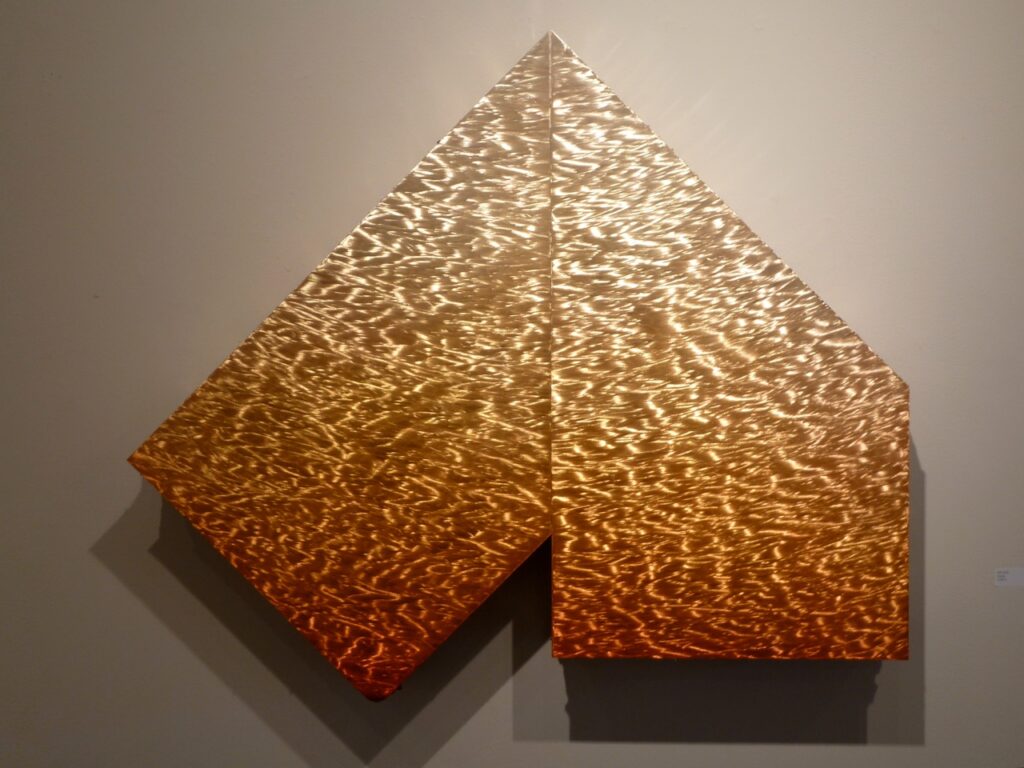 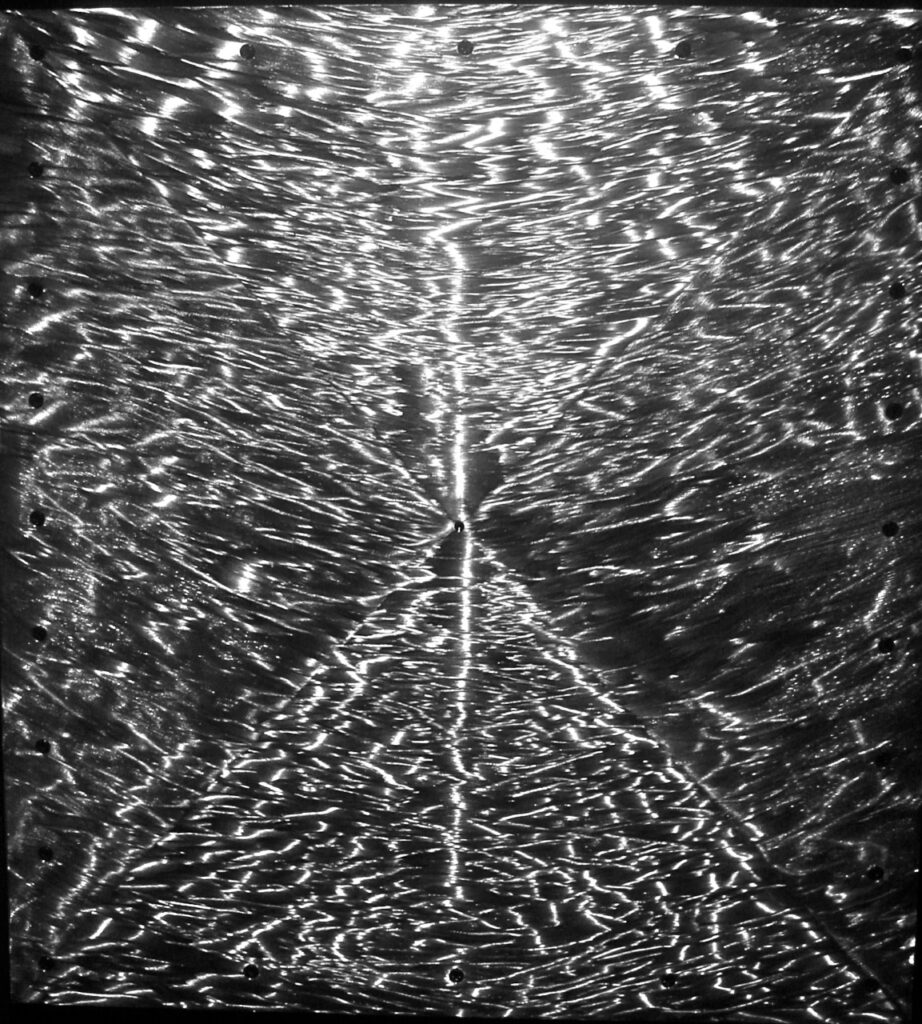 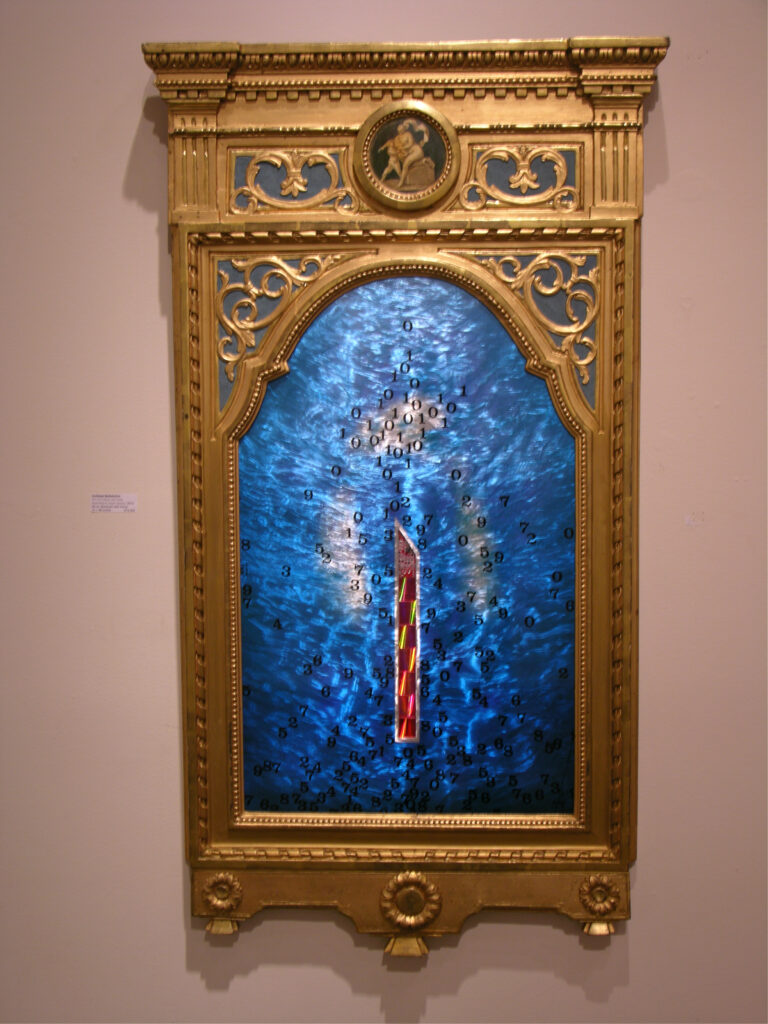 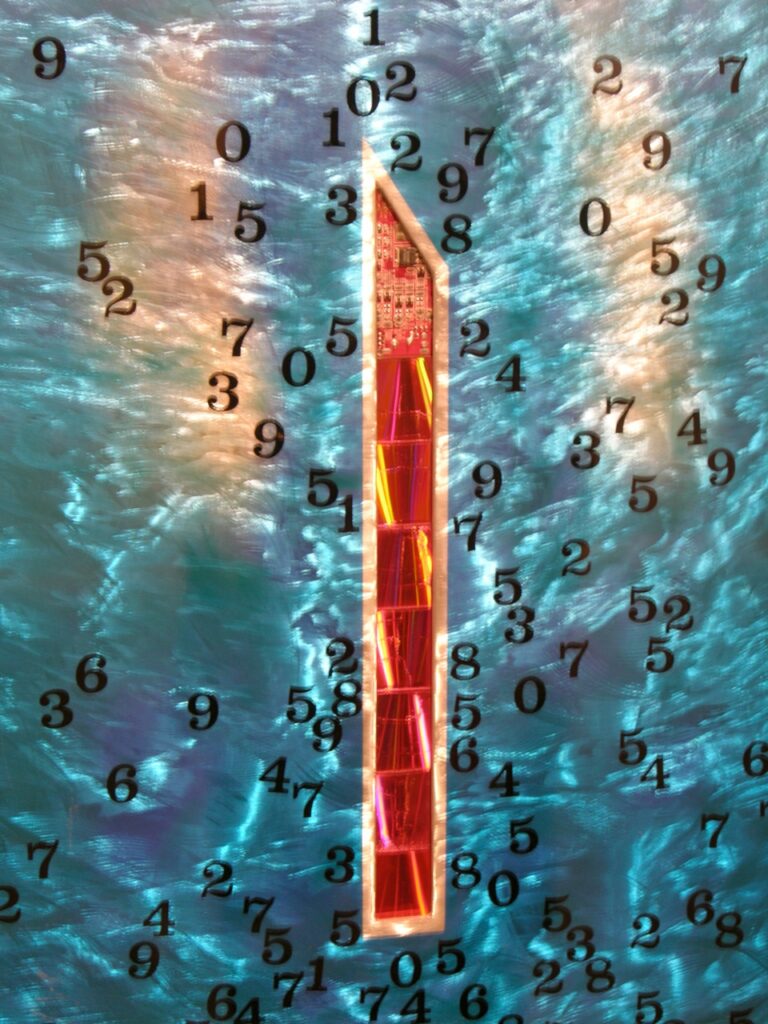 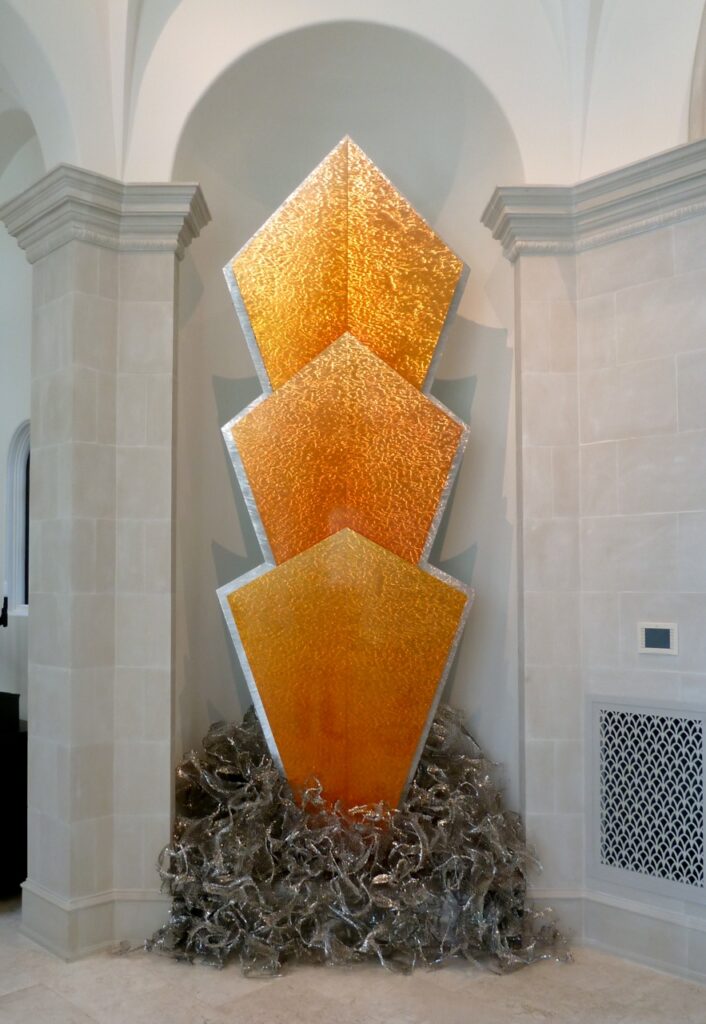 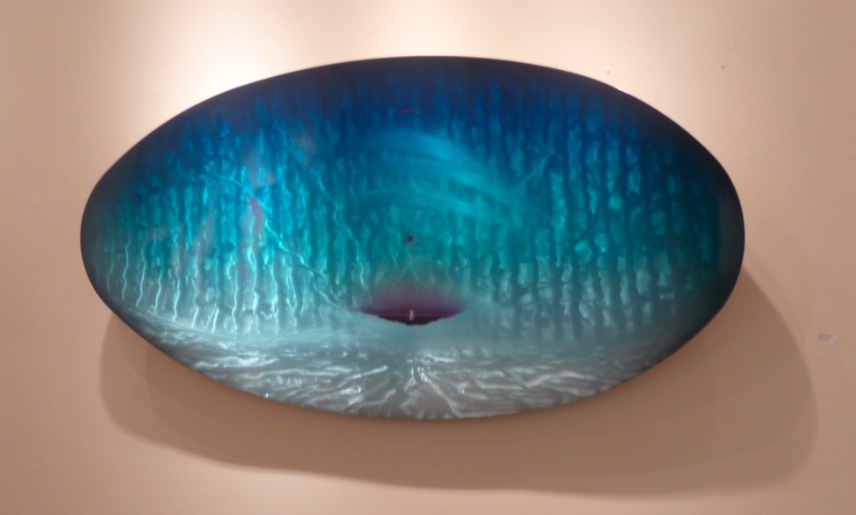