The start of every painting is the launch of a new journey and the discovery of something new and unique. Like other explorers, the artist begins his expedition well prepared with sketches, observations, equipment, skill and knowledge. But the magic is the discovery itself- the finding of something new in every subject.

Ed’s interest and training in art began as a child. Surrounded by artists in his family, his creative abilities were recognized and encouraged. Ed Lane spent 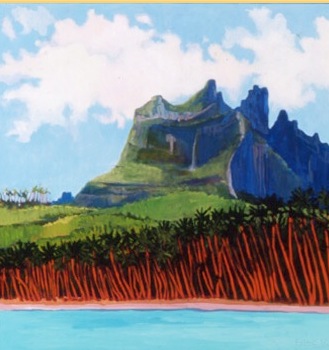 much of his youth studying at the Kansas City Art Institute and the William Rockhill Nelson Art Museum in Kansas City.

Ed graduated with a major in history and minor in fine art from the University of Missouri. He served two years as an officer in the Air Force before beginning his advertising career. He excelled in the creative aspects of advertising as a writer and art director, being hailed by associates and clients as “exuberantly, creative, and above all successful”. 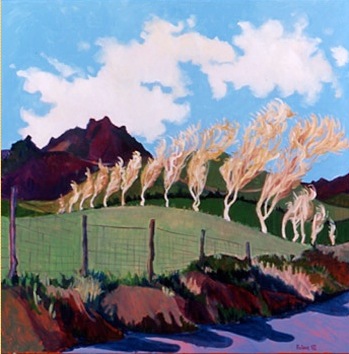 In 1995 Ed moved to Maui and fulfilled a lifetime dream to become a full time artist. Today, he spends his days either in his Kihei studio or doing ‘plein air’ paintings on Maui and the other Hawaiian Islands. He has also used this “on site” method in Arizona and France, capturing the unique light, colors and vistas of those regions. 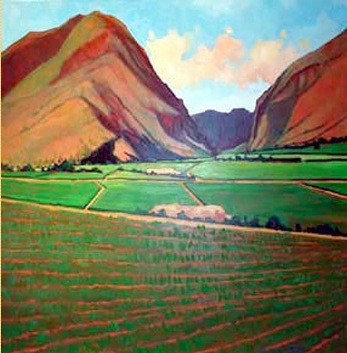 His paintings are in private collections in Maui, Honolulu, California, Arizona, New York, Washington, Illinois, England, Japan, Spain and France. He has been selected to be in over 50 juried shows in Hawaii and on the mainland, has received numerous awards in national juried shows and has received reviews by art critics in Honolulu and Maui. In 2001 the Hawaii State Foundation for the Arts purchased one of his paintings for the State Collection. 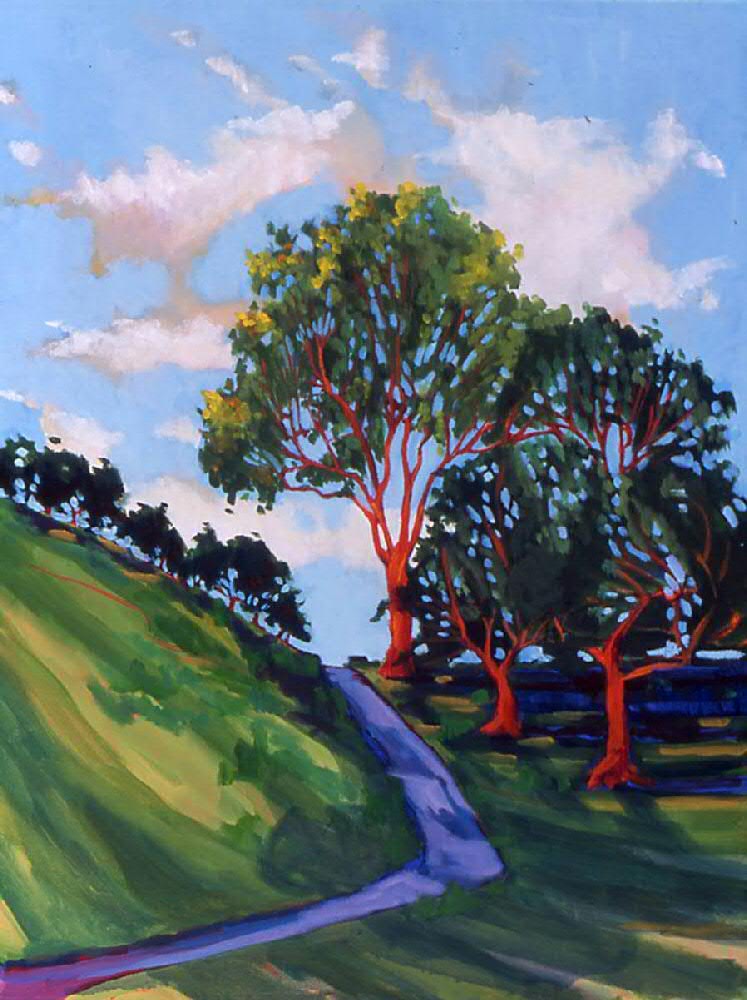 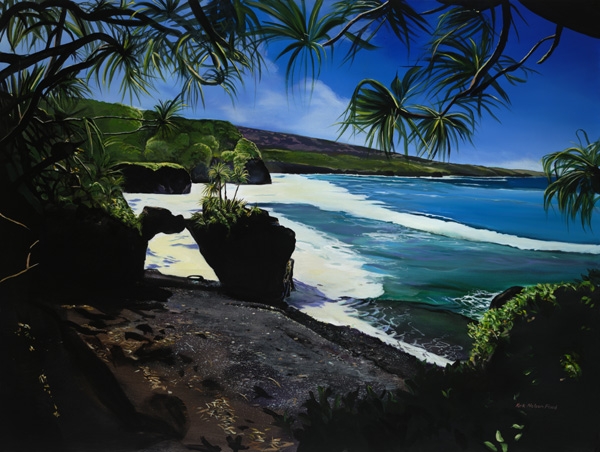 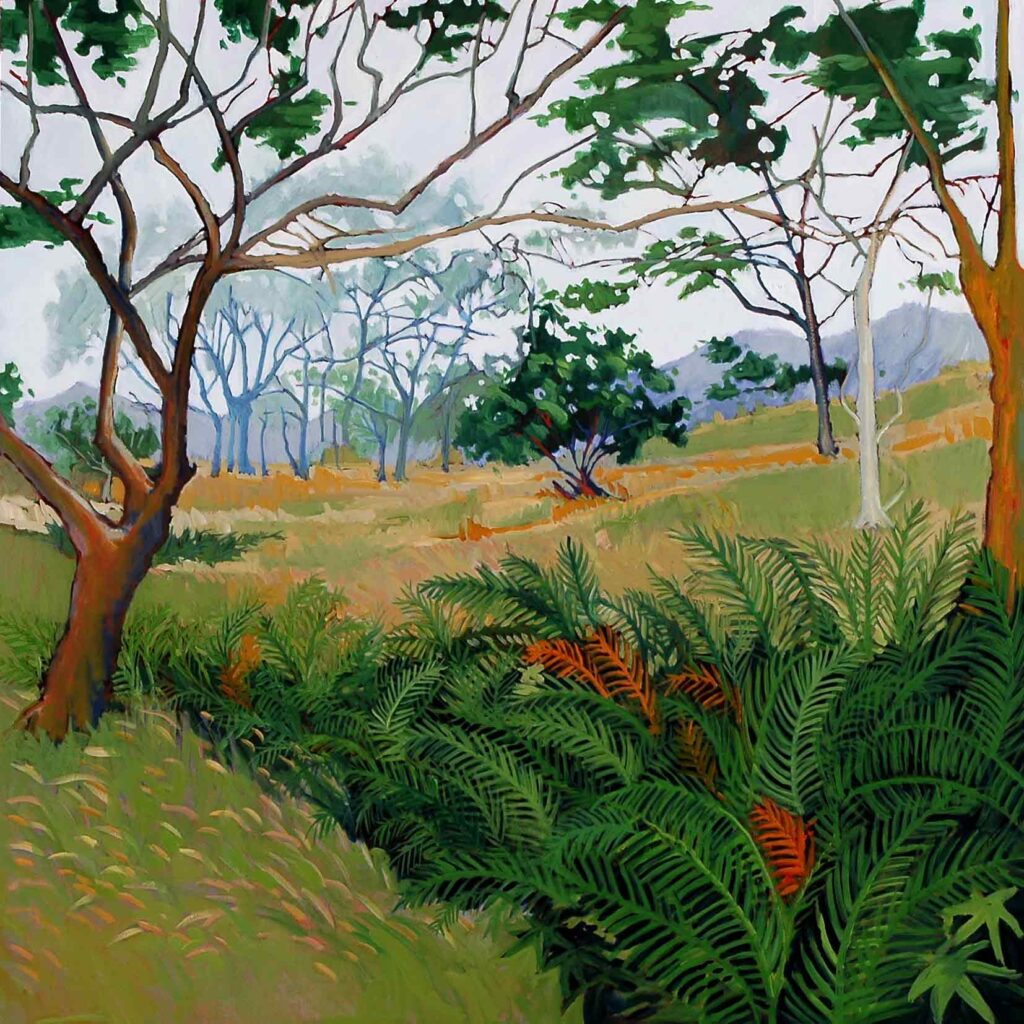 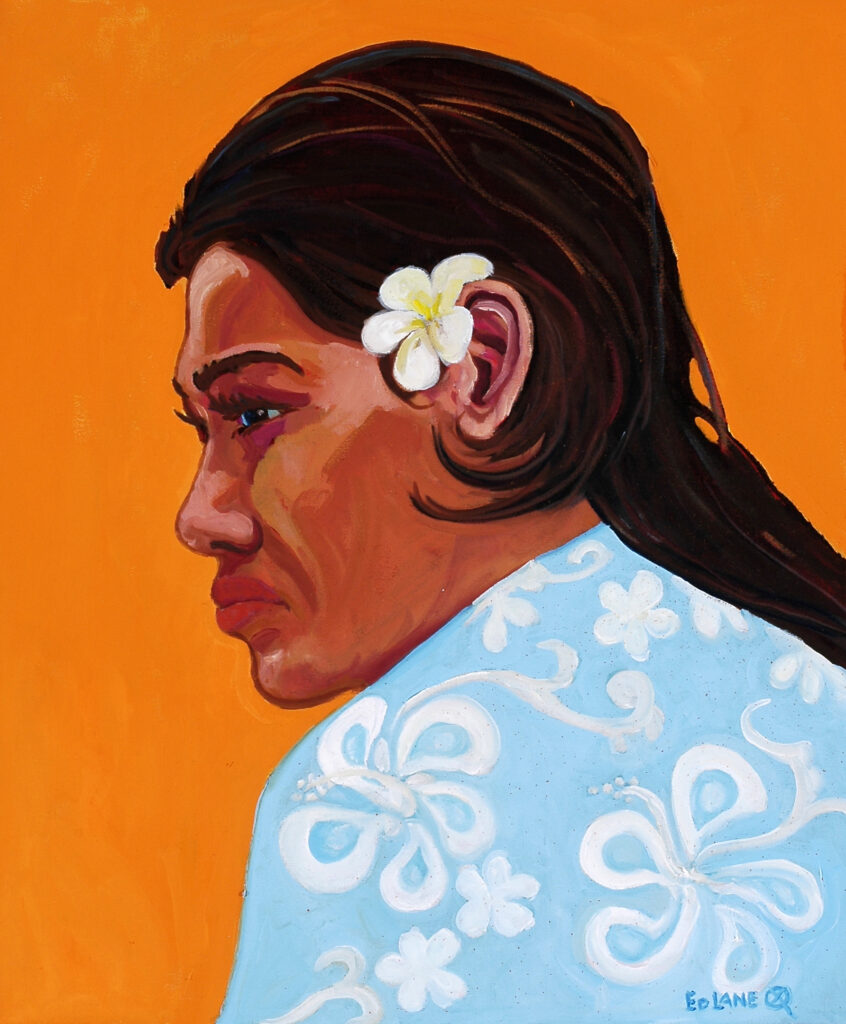 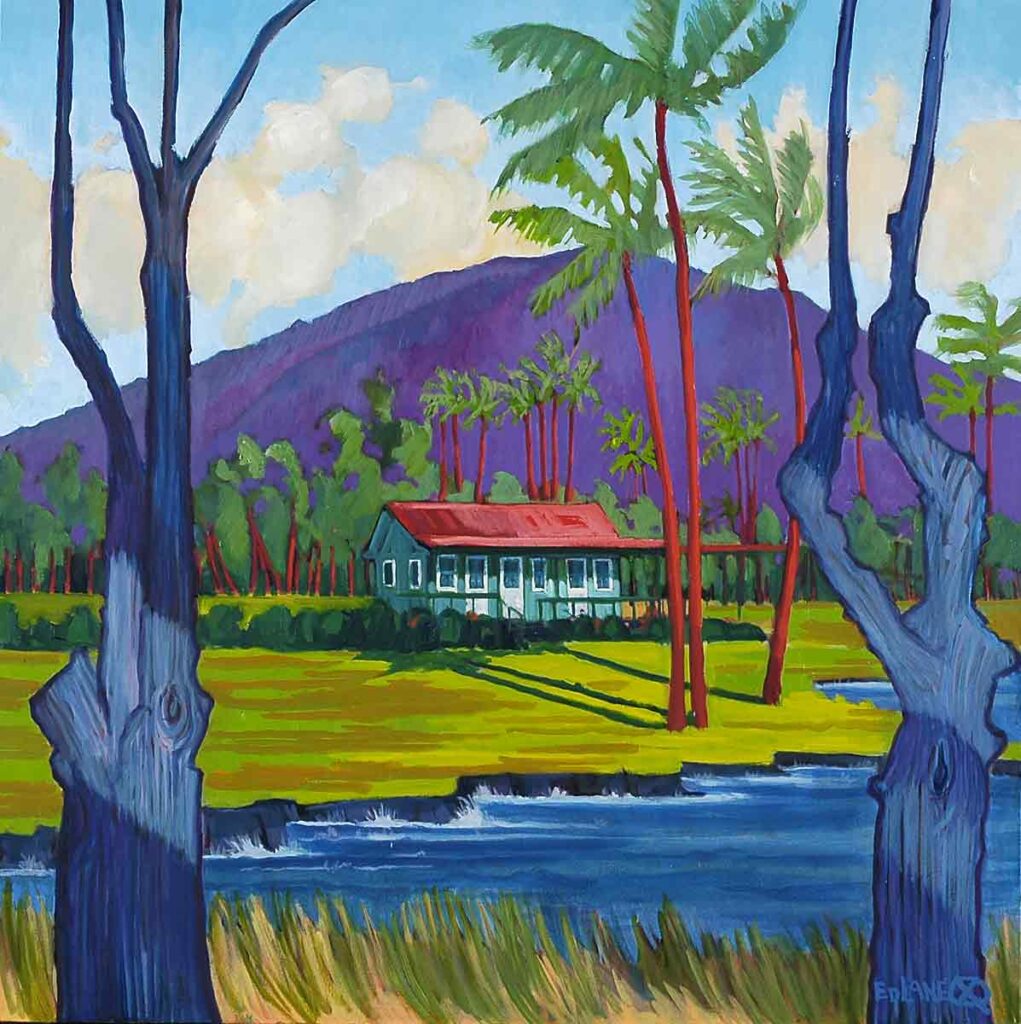 House With A Red Roof 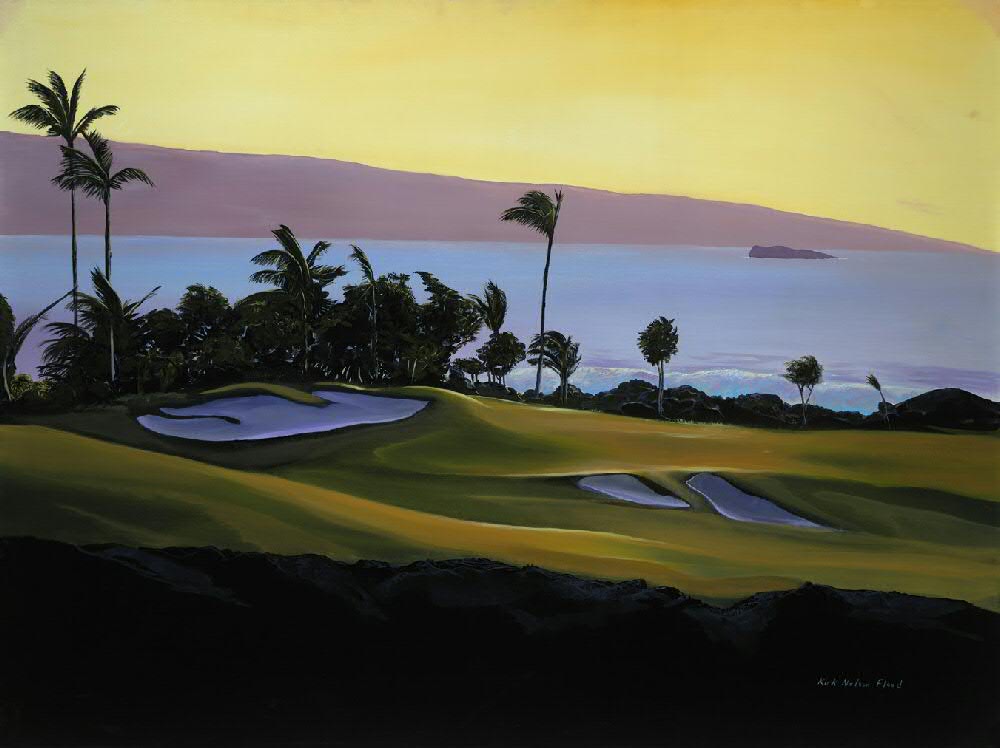 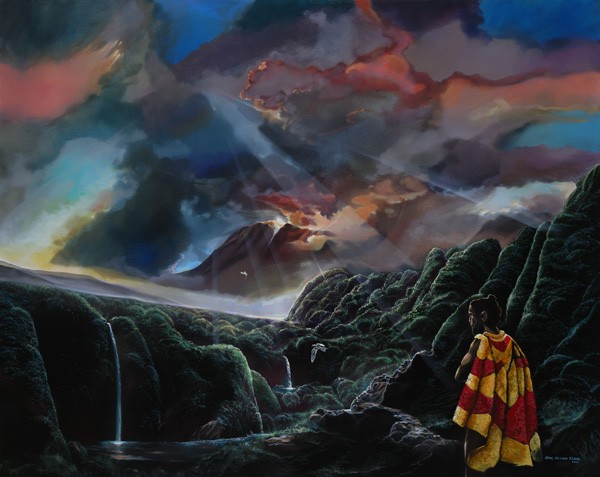 “Being an artist holds for me, all the excitement and spirit of adventure felt by explorers. 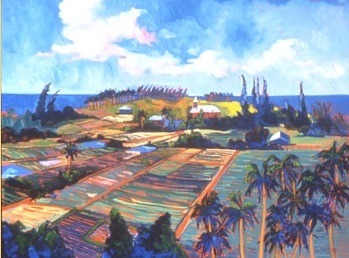 Starting a new painting is like experiencing liftoff at Cape Canaveral. Its like the thrill felt by Howard Carter when he first viewed Tutakhamun’s tomb, or La Perouse when he dropped anchor in South Maui.

The start of every painting is the launch of a new journey and the discovery of something new and unique. Like other explorers, the artist begins his expedition well prepared with sketches, observations, equipment, skill and knowledge. But the magic is the discovery itself… the finding of something new in every subject. 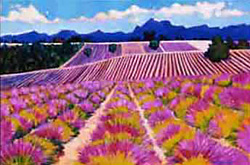 I try seeing through a child’s eyes, viewing everything for the first time. This keeps the work fresh and original. I describe my work as the Art of Exuberance. My art is a result of this “child’s view” approach. Hopefully what is discovered and rendered in a finished painting offers me and the viewer a glimpse of something new and wonderful.

So, every time I pick up a brush and engage the canvas, I set forth on a voyage of discovery. To share with you my secret, the excitement and adventure of getting there is as important as the final destination.