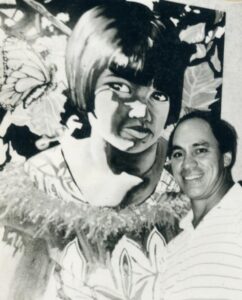 Hank Taufaasau was born in Hawaii and raised in Lanakila and Manoa Valley. Hank’s interest in art was evident at an early age. “I grew up copying everything in the comics. Mostly, Dick Tracy, Terry and the Pirates and Blondie. I thank my mother for the foresight of enrolling me in the Honolulu Academy of Arts instructional programs when I was 11 years old.”

While an athletic standout, an ROTC Battalion Commander and Student Government officer at Honolulu’s St. Louis High School, Hank Taufaasau was usually the lone student of Brother Nicholas Waldech’s lunchtime non-credit art classes. “He taught draftsmanship. I wanted to use paints and colors. He insisted that I learn to draw, admonishing me that ‘color would come later!’. Brother Nick painted in the classical high Renaissance style. He used 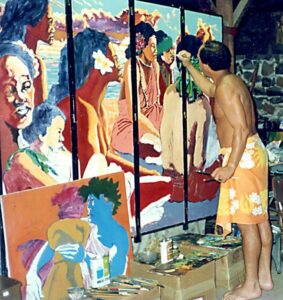 oils directly from the tube. It wasn’t until much later that I had an inkling of the effects of mixing and muting of colors, though some would contend that my oils are hardly muted.”

Hank Taufaasau is regarded primarily for his bold renderings of Polynesian people. His colors are vivid, bright and lively.

“My ethnic background (Samoan, Chinese, English, Portuguese, Hawaiian and Tahitian) probably dictates my use of color and form. Growing up in Hawaii, even rainy days are screaming with color. A grey, overcast day in Manoa is rife with the colors of the ever present rainbow.” 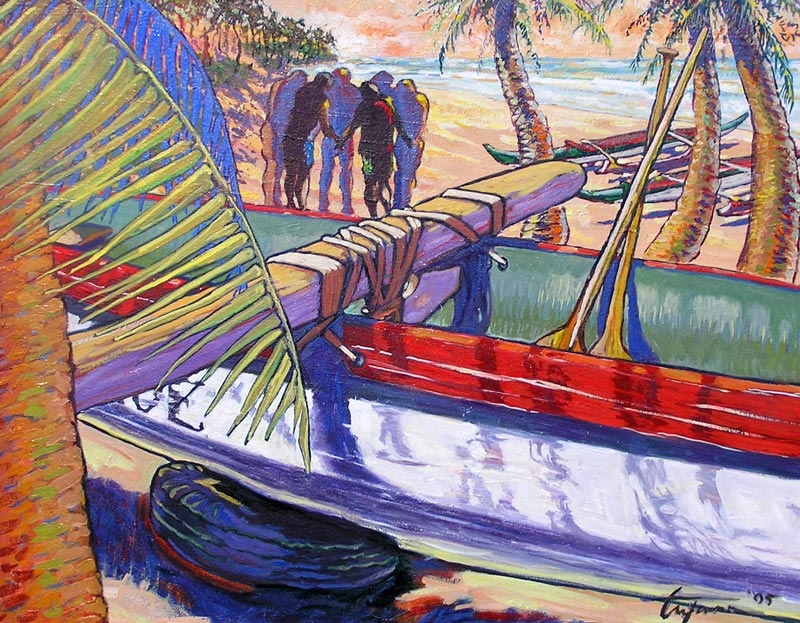 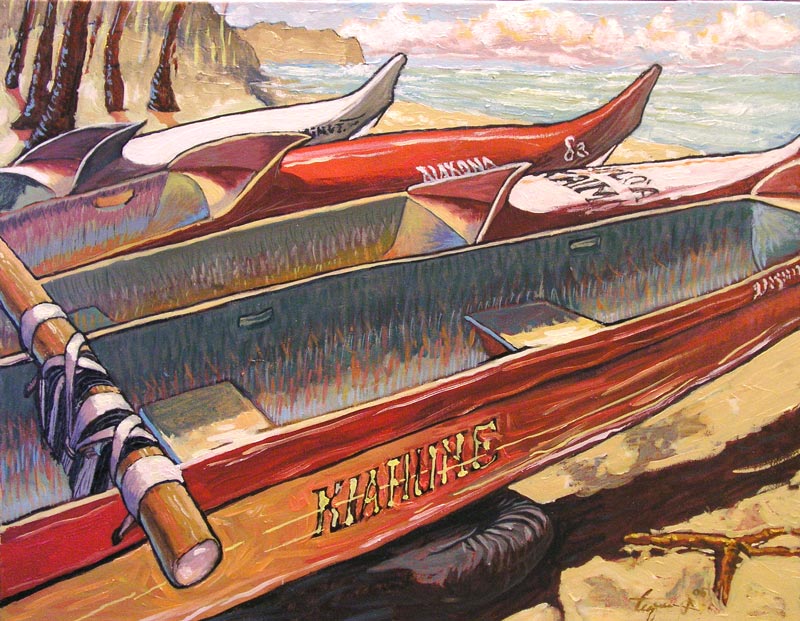 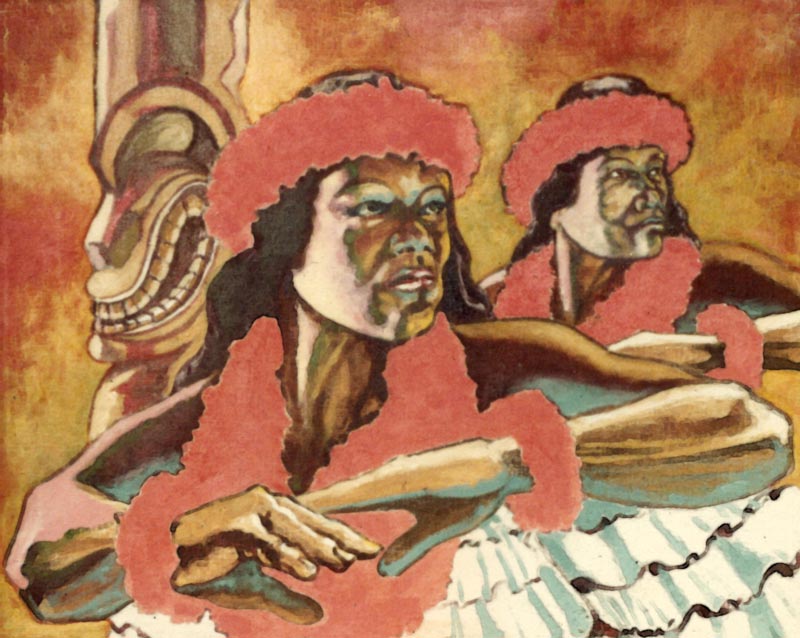 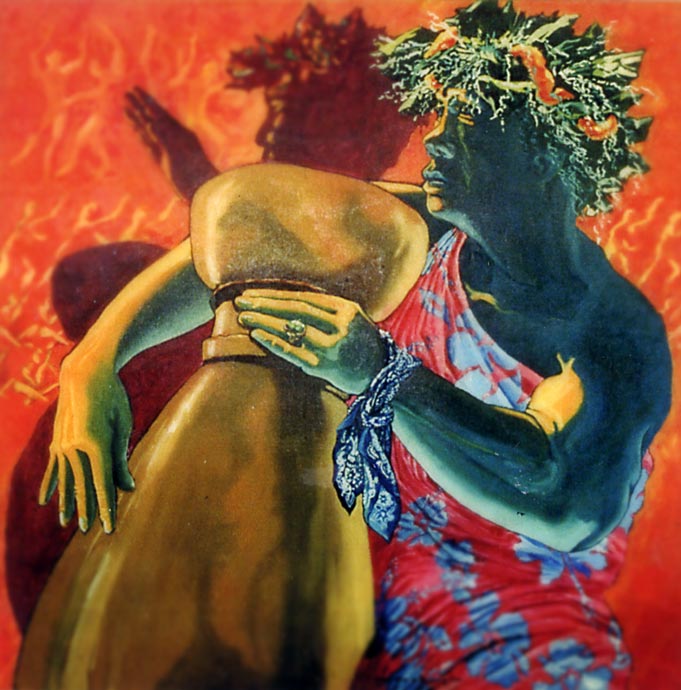 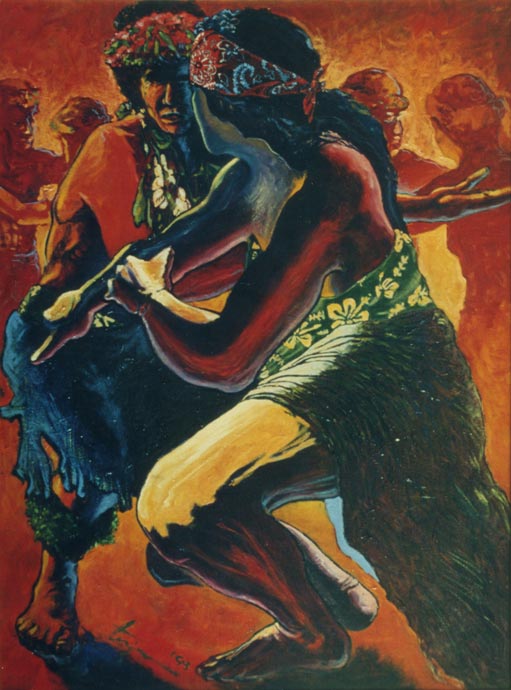 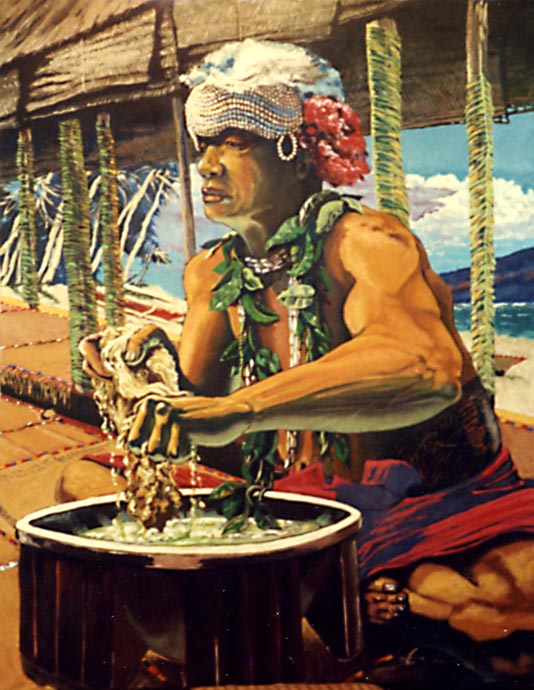 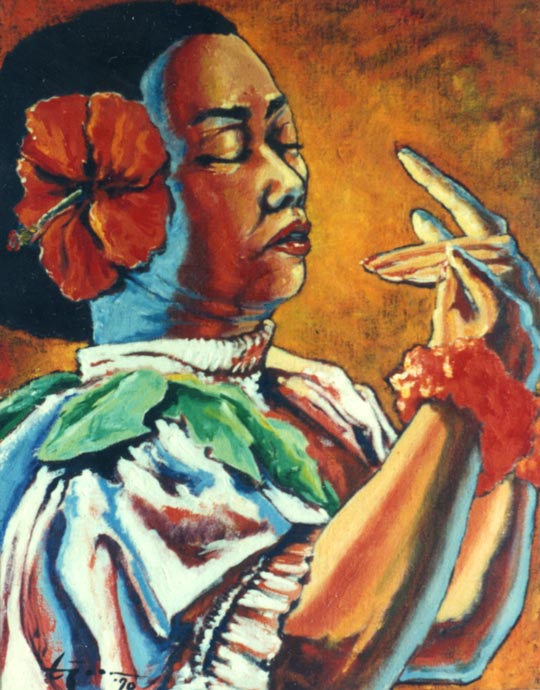 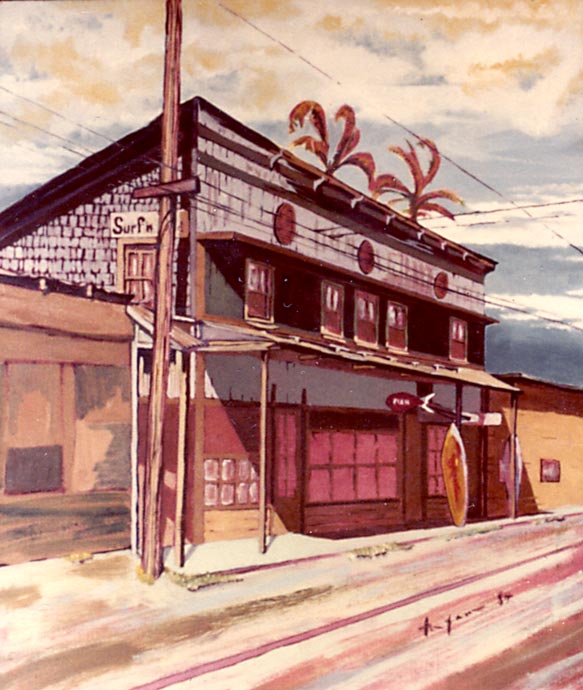 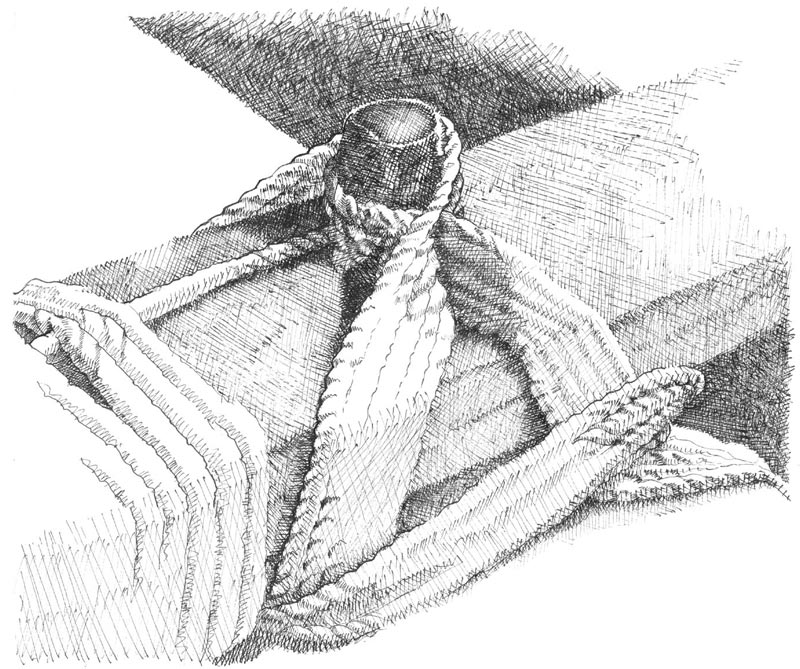 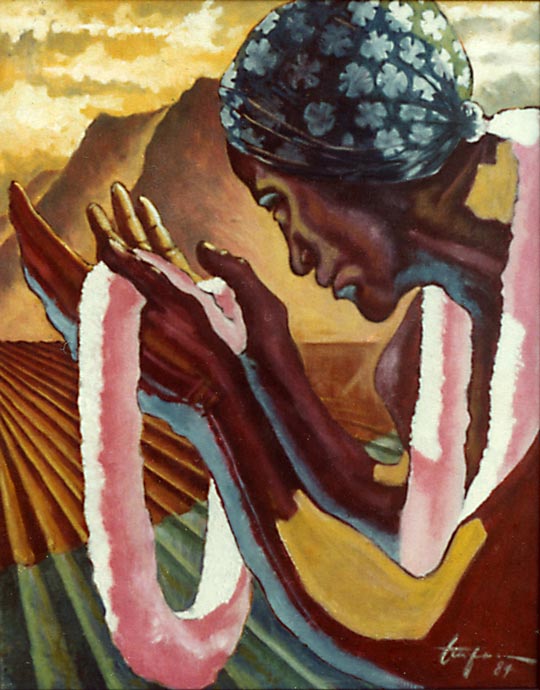