“From an early age, I have been in love with the female form,” Groden says. “I think they are the most beautiful creatures on earth. Every aspect of the female species excites me 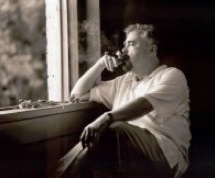 from the soft, undulating curves and sensuous facial features to their flowing silky hair.”

As a young man growing up in Oklahoma and Texas, artist Randy Groden picked turnips, milked cows and rode horses. He even got up the courage to ride a bull, not once, but twice. “I was thrown, but it didn’t hurt that bad.” Groden says with a smile. 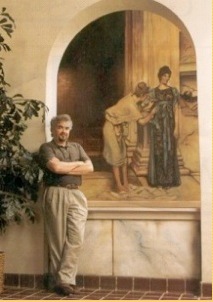 A million portraits and an untold number of paintings later, Groden has made his mark in the world of art, even flirting with that highly coveted realm of international fame. After living and working out his 21 story, Turtle Creek penthouse with a view of the Dallas skyline then to a 14-room bordello complete with long staircase and wooden floors, he now occupies the archetypal artist’s studio.

Walking into his Maui studio is like stepping back to a more romantic time when an artist’s studio was their sanctuary. Oriental carpets are strategically placed, with comfortable furniture adorned with colorful cloths and pillows. An easel displays a work in progress; he sometimes works on as many as ten different paintings in various stages of completion. There are paint tubes, pastels 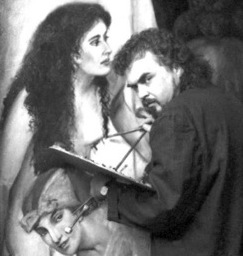 and paintbrushes everywhere. A cigar lover, the sweet smell hangs heavily in the air adding to the ambiance of his workplace. A dark wood bookcase that occupies one wall of his deep maroon painted studio is stuffed to overflowing with tomes on art, cigars and other miscellaneous subjects as well as mementos from his life.

The studio is mood setting, as well as inspirational and few people besides Groden and a few select models see inside these hallowed walls. It is a perfect arrangement for Groden as he creates life on canvas, painting the rich and famous as well as those that are only “stars” to the loved ones that commission Groden. On another wall of the studio,

there is testimonial, if you will, of a career that is dotted with rubbing elbows with a plethora of popular people. A drawing by artist Peter Max, done especially for Groden as a personal trade of work and caricatures of musician/singer Leon Redbone occupy space. There are framed autographs from George Burns, Claudia Schiffer, Mickey Rooney and Ivana Trump. A table bears a large array of silk tulips, a gift from Tiny Tim and his then fiancee , “Miss Dixie”.

David R. Groden, Sr. was born in Oklahoma, he started drawing and painting as a young child. At age six, he won a painting competition with a watercolor of a lion. Although Groden has studied with many individuals around the country, he is predominately self-taught. He has read and studied the techniques of the great Masters, and claims a major influence from Rembrandt, Vermeer, Degas, Lautrec, Homer and

Wyeth. With inspiration from artists such as these, it is of little surprise that nudes occupy a big part in his works. Groden renders his love for the female body onto the canvas exceptionally well. Always tasteful, the images reflect passion and seductiveness as well as innocence. But he is just as at ease painting the younger side, as evidenced in his portrait of a young Chelsea Clinton.

As part of a fund-raiser for a Ballet Company in the 90’s, Groden was commissioned to capture the images of numerous dancers in the troupe of which Chelsea was a member. Hillary Clinton later had the painting framed and presented it to her husband for his birthday. Groden proudly includes a thank-you letter from Senator Clinton in his press materials. Over the years Groden has painted many important people. One 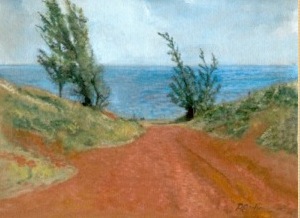 was a portrait of prominent New Orleans Gallery owner Kurt E. Schon, Groden is proud to say only one other artist has painted Mr. Schon and that was Norman Rockwell. Coined by Dallas Morning New Society Columnist Alan Peppard as the artist-about-town Groden could always be found at the right places. Sitting in restaurants and dark nightclubs, Groden constantly sketched images of people on napkins. It got him in many interesting situations around the world. “I’ve met many people by sketching them from my table,” says Groden. No longer known as the guy who does caricatures, Groden has built quite a reputation with his Fine Art and by painting large murals in private homes as well as in many public buildings. He is a premiere painter of the female figure.

Lovers of Groden’s art can only hope that what ever his muse, he will continue creating his beautiful work. 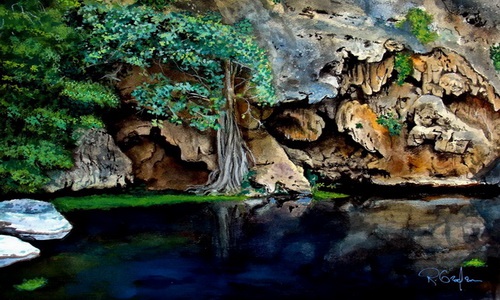 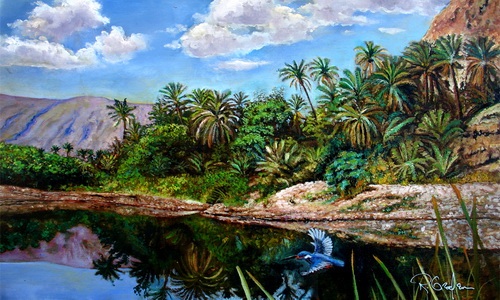 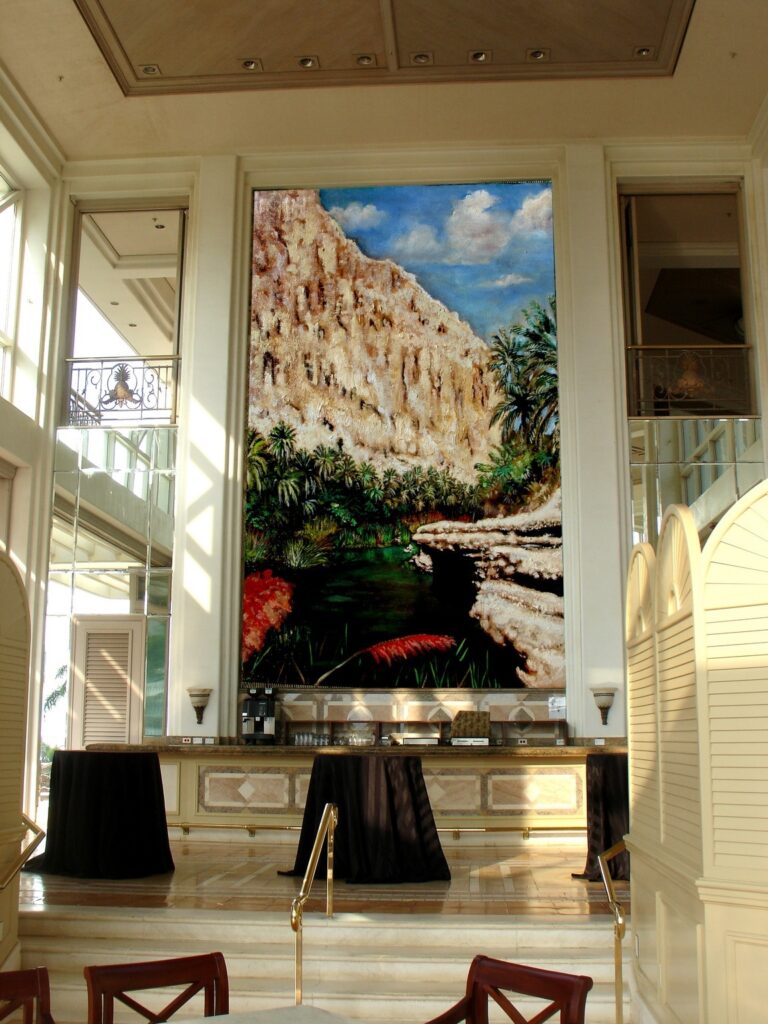 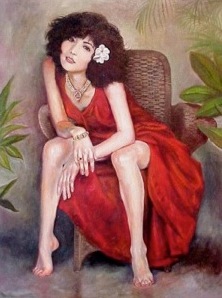