Born in Trinidad, the West Indies, in 1945, Richard Stodart moved to Toronto, Canada, in 1968, where he received a diploma in Radio and TV Arts from Ryerson Polytechnical Institute

(now Ryerson University). Shortly afterwards, he became a Canadian citizen. In 1972 he began his painting career, and in 1975 was awarded a Canada Council Grant in recognition of a series of figurative paintings.

In 1976 Richard moved to Northern California where he married Nancy Lloyd Jones, a Southern belle from Virginia. Together, they studied for nine years with the Western born spiritual teacher, Adi Da Kalki. During this time Richard painted a series of spiritual teachers of the great spiritual traditions, studied for nine weeks with Michele Cassou of The Painting Experience, and produced work on commission for a well-known San Francisco designer. 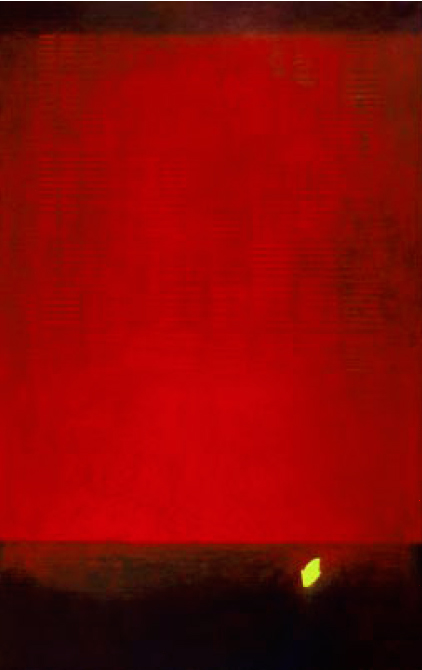 From 1985 to 1989 Richard Stodart used The Painting Experience approach of immediacy to find figurative, archetypal symbols of a magic, mythic nature. At the end of 1989 he set aside the timeless magic and temporic mythic world of the figure for the world of time through abstraction. Throughout the nineties Richard continued to explore abstraction using Taoist, Buddhist and Kabbalistic teachings as inspiration.

Georg Feuerstein, author of The Shambala Encyclopedia of Yoga, says: “…here we encounter a painter in the image of the old school of visionary communicators of hard-won truths, who push themselves and their medium to the limits in order to convey essential meanings in the most pristine form possible…we can see the emergent arational-integral consciousness at work.”

Richard Stodart’s book “Free and Easy Wandering”, consisting of sixteen paintings, a meditation and related essays, is the result of this exploration. Richard’s work has appeared on magazine and book covers, music albums and packaging. His paintings are on permanent display at Gallery in the Woods in Vermont, and at the Open Secret Gallery in California. Richard Stodart lives in Virginia with his wife on a 64 acre farm on the Wicomico River. 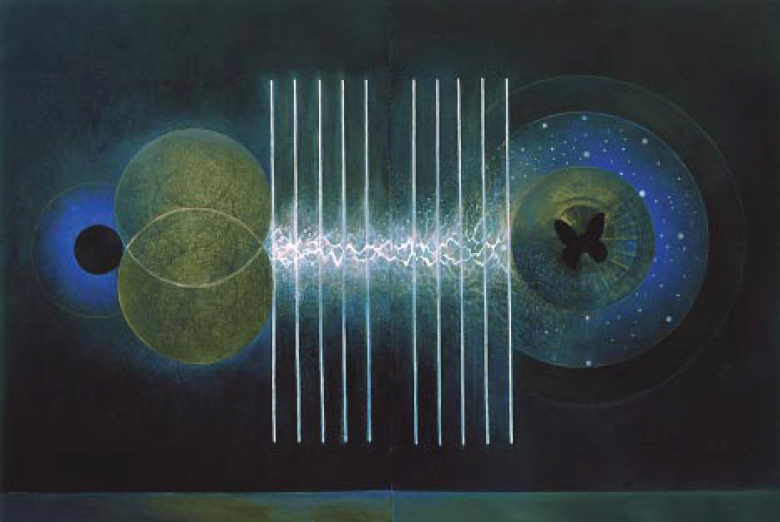 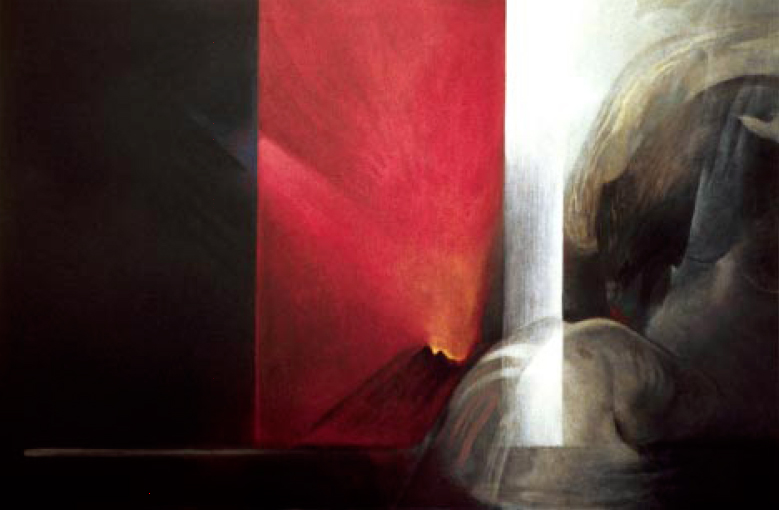 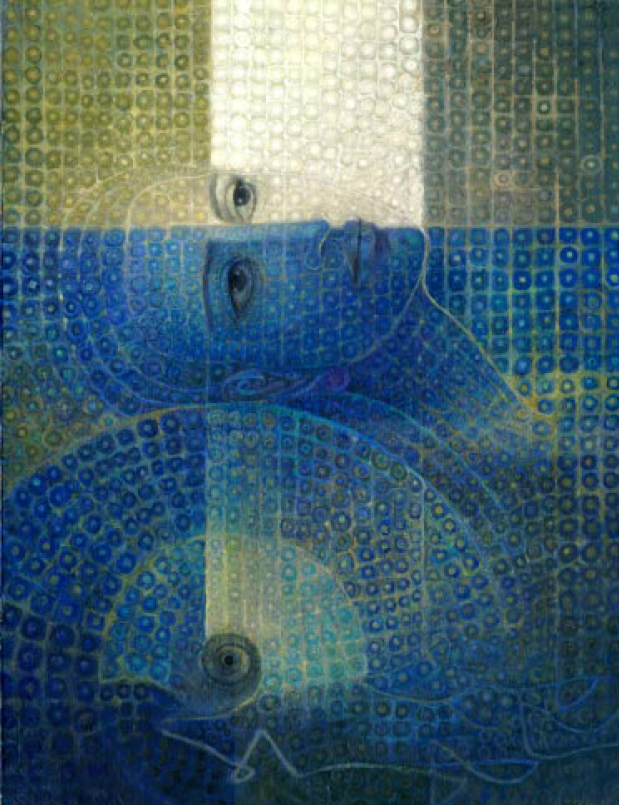 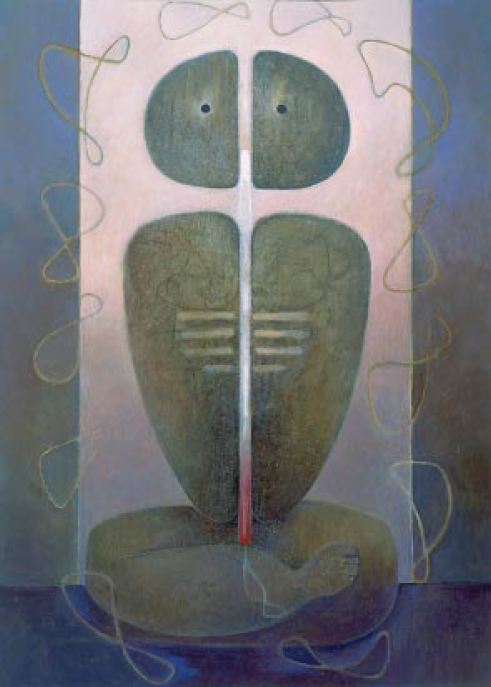 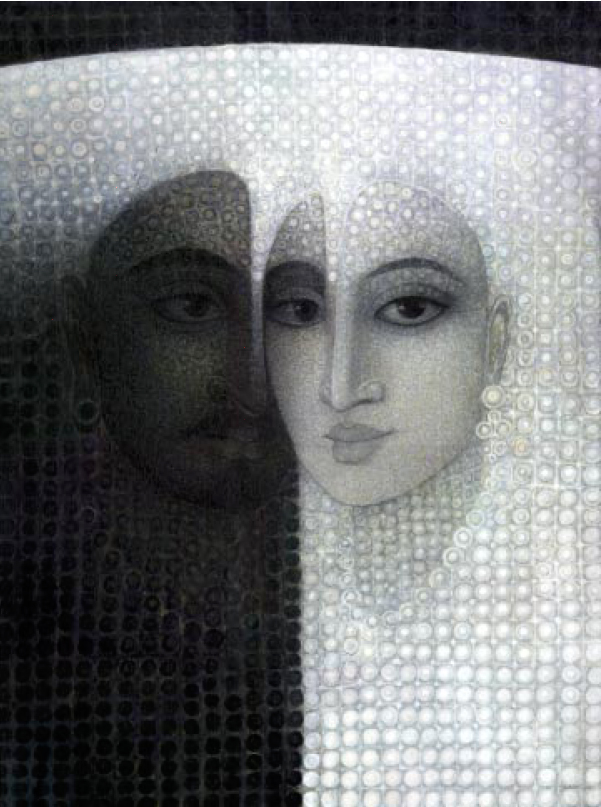 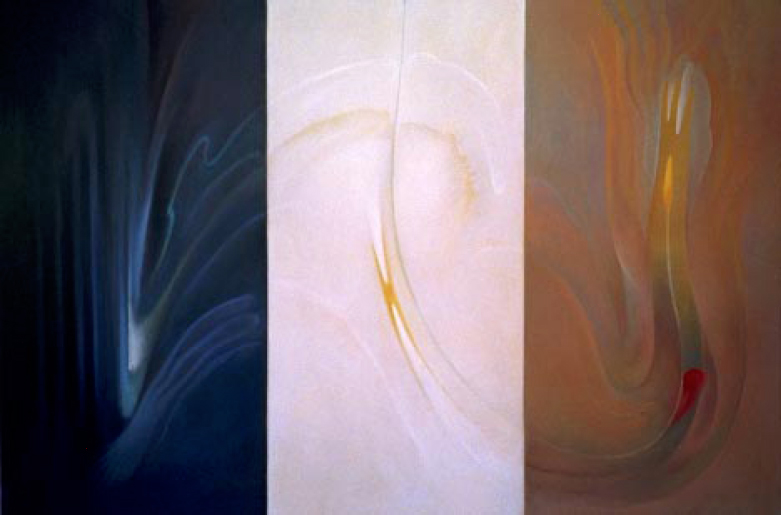 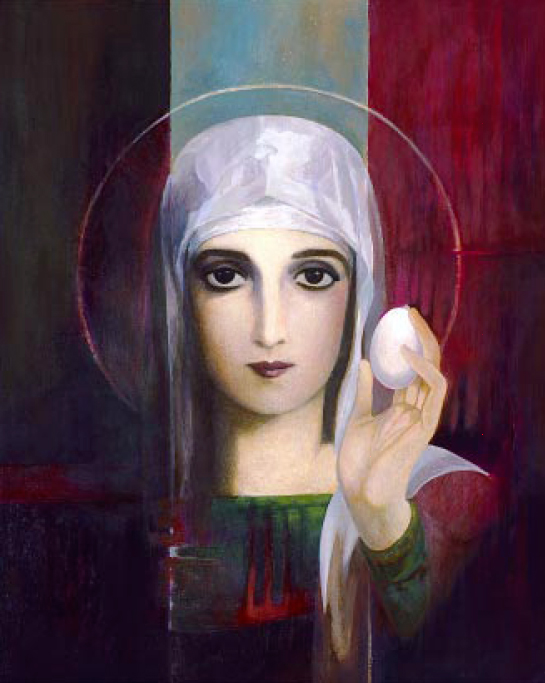 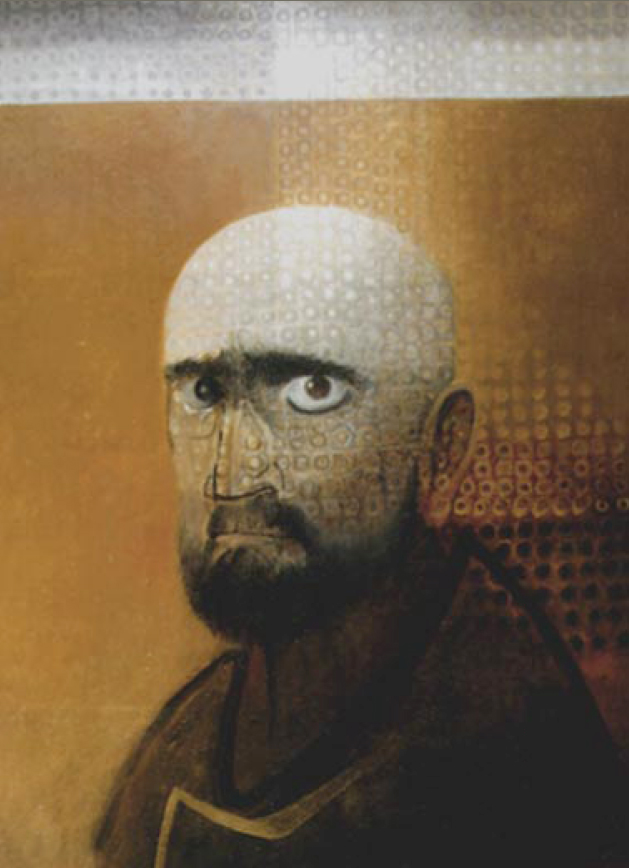 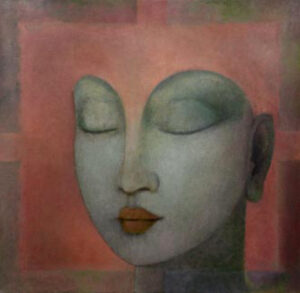 In the painting process there are an infinite number of events to choose from, all with their unique characteristics or flavors. When I choose to state an event from nature, my imagination, or the world of ideas, my challenge is to locate and secure the essence of the event through all the means available to me.

The task of locating and securing a symbol that mirrors the event is not an easy one. There are many perils on the way, principal among them being the nervous system, which is incapable of abstracting an event’s infinite number of characteristics. The key issue for me then in the painting process is accepting this limitation of the nervous system and using it efficiently.

I begin by playing in the chaos of the event, abstracting those characteristics that I’m drawn to. These may change: a tree becomes a man, a woman the sky, empty space full. This play with abstraction continues until the nervous system relaxes from having to do so, and a stable symbol begins to stand naked before the event.

This is an exciting moment in the painting process; with a finite number of characteristics, the infinite event has been stated. I love this process.” [/wpcol_4fifth] 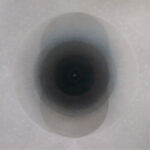 As a painter, I approach the permanent nature of Reality as impermanent and dynamic. As such, it is reciprocal and concurrent with the self. Any veil between them is permeable, a diaphanous presence that renders the relationship co-extensive yet irreducible. Accordingly, they do not polarize as activity and permanent substance, but conjoin in and through the mediating heart of the whole.

My body of work covers a span of forty years, the last decade of which involves impermanence, emptiness, and existence-time in the context of Dogen’s Zen praxis. In my grid series,”DreamMaking”, the root foci of duality and nonduality conjoin as existence-time in their numerous pairs, including thinking and meditation, engagement and contemplation, the earth and sky.

Prior works examine the nonduality of self and reality in the context of Daism, Hinduism, Kaballism, Tibetan tantric Buddhism, shamanic Taoism, and primordial archetypal traditions. “Prometheus,” “Icarus-redefined,” “The Four Immortals,” and “Black Butterfly” are a few examples.

With “Blue Clown” (1973), I was fortunate to discover the liberating connative function in thinking, which allows me to touch a diaphanous presence that authenticates painting/thinking as a hermeneutic focus inseparable from reality.

I begin painting a picture without preconception in the open field of the body-mind of my existence-time. In this alchemical process, I follow transformations of form and subtle energy, in and through mediating presence, until a diaphanous statement of thought and action is made in a painted picture.