Teresa Camozzi addresses the fragility of our environment, its beauty and its desecration. “My core 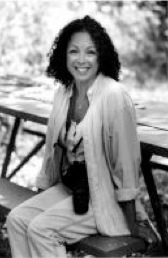 belief is that the beauty of nature lifts us toward a higher state of spirituality and consciousness; by basing my art in the mathematics of nature I seek to achieve a balance of mind and heart. My objective is to assist viewers in attaining inner equilibrium so that they may make wise choices in their everyday lives and salvage our ecology.”

“Nature’s order has fascinated me all my life. I have studied it in the form of sacred geometry, the dynamic symmetry of the Greek and Egyptian art, the structure of humans and plants and the five regular geometric solids. Above all, I regard the human skeleton as my prime motivational source. It is my belief that above all, artwork must resonate most acutely with our own nature. The skeletal structure is our own architecture. My art becomes a physical metaphor for achieving balance between individuals and society, passion and intelligence, instinct and reason.”

“Plastic is my sculptural medium because its longevity makes a visceral statement. In fact the plastic elements of my work may become archeological finds in the future. My ongoing sculptural series, Time Pieces, is concerned with the preservation and documentation of our current natural environment. Liquid plastic is poured into molds with such elements as photographs, letters, flora, stamps, feathers, broken glass, seed, mechanical parts, computer chips and international coins. It is through such juxtapositions that I present information. To know an object is to know it’s meaning but seeing that object in relationship to another object often releases new and different meanings. After mold release, the poly resin bricks, cones or slabs are configured into site-appropriate installations.” 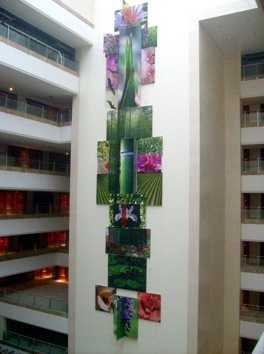 “Garden Mandala” an 84 ft. x 18.5 ft. mixed media commission, installed in 2010 at the Garden Hotel in Yixing, China.
The completed piece may be bas relief, as with “Preservation”, installed in the Tribune Building in Oakland’s Jack London Square, or illuminated with a light box such as the “Indus River”, installed in the fifth floor lobby of 160 Spear Street in San Francisco. Or it may be a montage series such as the one in the Zen Garden lobby and laser therapy room of the Mills Peninsula Health Center in San Mateo, California. 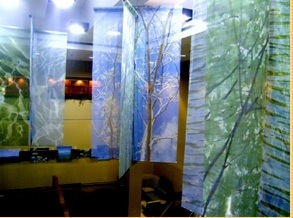 Sacred Walk
(It is critical to note that these poly resin sculptures are intended primarily for indoor exhibit, as the material is sensitive to extreme sunlight and weather changes. An exterior exposure can be utilized provided the art is located on a North or West-facing wall. 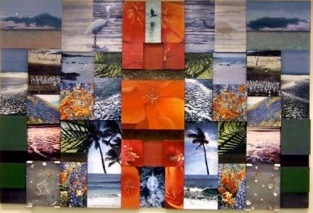 Balance
Another one of my ongoing series explores elements of the natural world such as water, clouds and flowers through photographs collaged with monoprints or paintings. The images document the change of seasons in the high Sierras of California, including sites in Yosemite.The scales of these commissions range from intimate, as with “Persephone’s Release” (8”x16”) to mural scale, as with “Paiute Heritage” (13’x6’). The archival quality photographic prints are made on the Canon 550/1100 copier, which allows manipulation of the size, color, hue, texture and other features of the prints with the computer palette. I have been awarded several commissions for public art in the San Francisco Bay Area and have completed many commissions that are installed at major corporations in California, as enumerated on my vita. 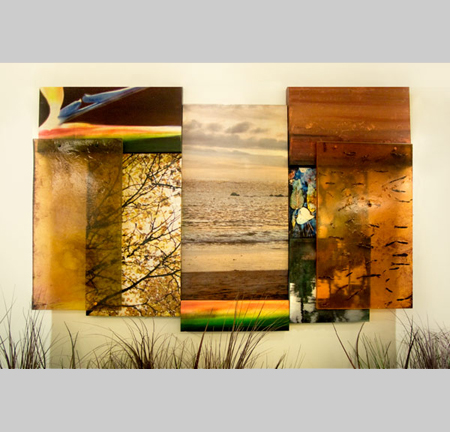 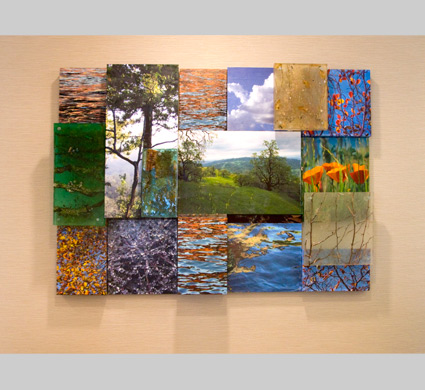 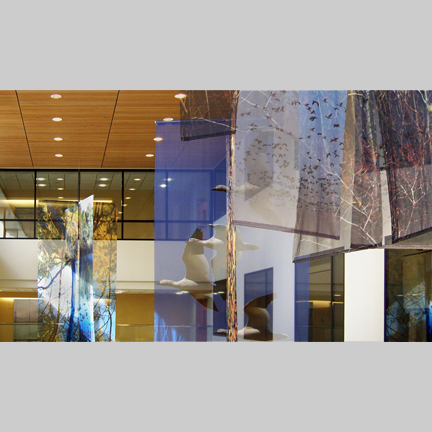 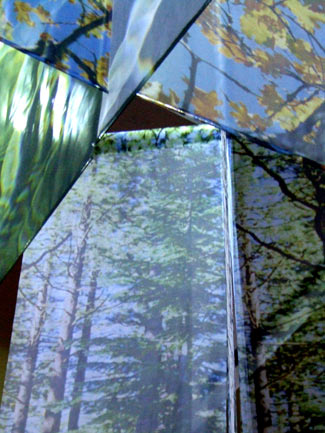 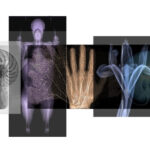 Teressa’s newest Offering “TEMPORARY ALTARS”
The series ”Temporary Altars” was born from my search for spiritual enlightenment in the
midst of my escapist response to current global situations. The altars are in the tradition of
Tibetan Thangkas, transportable references for meditation. It also is a sort of Stonehenge of
glass, music, and math in the “pure painting” compositions of Kandinsky or the Sonia
Delaunay’s prismatic light.

I deliberately compose purified glass vessels, then digitally photograph unrepeatable moments in changing natural lighting. The images, though representational, tend to become increasingly abstract as they distort the perceptions of time and space. The luminescence conveys a sense of infinity through the lack of volume and the absence of perspectival grounding.

Using computers I enhance the photos solely to capture the moment of the shoot, enabling
delivery out of the computer, the form of which currently is duratrans film. The transformation

from the intimate to the monumental occurs when film is placed on a light box, to further
the luminescence, and then installed on a wall at nearly any scale.